You are here: Home / TV / Anime / Fanfare of Adolescence mixes boys with weird backgrounds and horses

Fanfare of Adolescence is a horse-riding anime with three leading male characters with weird backgrounds. They sound a bit like quickly made PCs from tabletop RPGs.

One of the young riders is already a former rock star, an ex-idol, one grew up on a remote island, and the last is British, who has domineering parents controlling his life.

I think I understand the intended audience ehre.

Just to lay it on, our three heroes have been admitted to an elite jockey school, one that only accepts a few new students each year. These young men are elites.

Fanfare of Adolescence will air in Japan in April. The official synopsis readsl

Yu Arimura is a 15-year-old child actor and idol who has been in the entertainment world since a young age, but after witnessing horse racing for the first time, a new dream is born within him and he decides to become a pro jockey. At the entrance exam to a horse racing school, he meets his rivals and classmates, who are all full of personality. There’s an elite rider from England, a competitive lone wolf, an honor student with abundant horse riding experience, a thoroughbred who grew up in a horse racing family, a horse racing otaku, a gutsy girl who aims to become a working jockey, and a kind boy born and raised on an island who has no horse riding experience to speak of. What kind of growth will they achieve during their three years filled with countless trials and obstacles to overcome in an environment where not everyone will make it in the end? The story of these boys who put everything on the line to become jockeys begins!

Fanfare of Adolescence mixes boys with weird backgrounds and horses 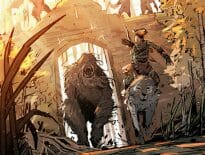 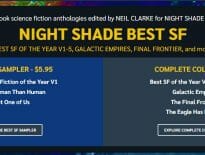