We Have Demons is a comic book from prolific writer Scott Synder, known for his work on DC’s Batman and Justice League, indie hits American Vampire and Wytches, plus his own publisher Best Jackett Press.

We Have Demons is a combination of horror and action made along with artist Greg Capullo. Both Greg and Synder have signed this Momoko variant of We Have Demons #1.

That’s already an interesting twist because Bleeding Cool has previously reported that Peach Momoko had signed exclusively with Marvel. It’s Momoko’s popularity and that exclusive deal which, in part, explains why you can find Momoko signed comics like his Star Wars Insider on Ebay for hundreds of dollars.

Forbidden Planet will stock the Scott Synder and Greg Capullo signed version, which comes bagged and boarded and will be CGC Certified with a 30-day certificate.

Since the very dawn of man, legends have been told of the conflict between angel and demon-kind. Lam Lyle, a woman of science, dismissed these stories as just that-fiction.

But when the loss of a loved one leads to the discovery of a hulking, benevolent demon named Hellvis, Lam realizes that her life is about to undergo a dire new direction. With a newfound partner and awesome powers now at her disposal, our hero suddenly finds herself thrust into a climactic war of good and evil with no less than the fate of the world hanging in the balance…

It’s not Marvel, but Dark Horse who are printing the series, and they will be including bonuses not found in the digital versions.

When Dark Horse broke the news of the deal, Synder said;

Greg and I got our start in comic shops and we’ll be forever grateful for all the support we’ve received from fans and retailers over the years. We have the best fans in the world and we can’t wait for this crazy story to reach the direct market.” 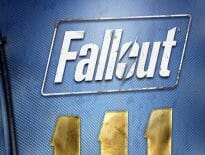 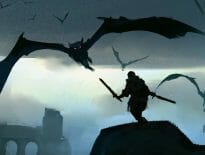