SiM’s “The Rumbling” is the official music video for the final season of Attack on Titan. There are inferred spoilers, depending on how sensitive you are to clues and scenes, making it a quirky choice of video.

The dark fantasy manga ran until 2021, published by Kodansha and written by Hajime Isayama.

The series was then picked up for an anime with an incredible season 1 from Wit Studio.

While Attack on Titan was known for its brutal scenes, the plot gets political and complex, a more challenging show to keep people interested in, and that might be why MAPPA was given the reigns later to finish off the series.

China banned the anime, as it often does, to protect youth development, and in Malaysia, the otherwise naked but androgynous titans are illustrated wearing tights.

Who else banned Attack on Titan? The Russian Federation. Why? The same reason as the Chinese; out of concerns, the twisted show would corrupt youngsters.

The official “digital jacket” for the single shows what might be the titan the Russian and Chinese governments are most concerned about.

"Wait! I got a spell for that!"
Music 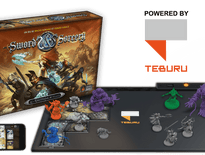 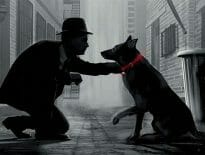 Tabletop & RPGs Chaosium’s Call of Cthulhu collection Does L…
wpDiscuzComment Author Info
Manage Cookie Consent
This site uses cookies 🍪, and links are ads that may earn bloggers some money 💰, and with this alert, I very much hope that these dark truths 🧌 are acknowledged.
Manage options Manage services Manage vendors Read more about these purposes
Preferences
{title} {title} {title}
Loading Comments...