Roll & Play Press are back on Kickstarter, with a £12,500 goal to fund two books, hundreds of tables, and countless content possibilities for sci-fi games like Starfinder and Mothership.

Campaign supporters who get involved in the first 48 hours will get a free plot hook card and a special mention in the acknowledgements. You can find out more or pledge via the project page.

If the project succeeds, which looks likely given Roll & Play Press is halfway there already and have earned a reputation for success, the two books will be The Game Master’s Sci-Fi Toolkit and the Sci-Fi Character Kit.

There will also be limited edition Kickstarter-only versions with high enough pledges or via the add-ons and the pledge manager.

The Sci-Fi Toolkit will include a planet creator, jobs and missions, encounter tables, vehicle features and even random distress calls. At a glance, you can see how they could combo together to save a busy GM out; a distress call to catch characters’ interest, a randomly generated planet waiting for their arrival and encounters ideas to follow up for any landing party.

The Character Kit will have backstories, crew bonds, faction generators, weapons and gear ideas, and NPC names. Players, of course, might need NPC names to fill in gaps in backstories and details (like that faction they just generated).

We have all been there. You have introduced a background character, a distant planet, or an unopened box in the ship’s cargo hold… then your players ask you every conceivable detail about it. Even the most experienced game masters and players need a helping hand sometimes and that is where the Roll & Play: Sci-Fi Toolkits come in.

A pledge of £1 is enough to access the pledge manager, and with that, £1 is “given back” as a credit.

The PDF versions of the two books, along with a free campaign builder and an acknowledgement in the digital versions, are the rewards for £18 backers.

At £28, with shipping to be calculated later, the two PDFs of the toolkits become physical books.

PDF versions along with battle maps, tabletop backing tracks and PDFs of character cards, spaceship specs and planet briefing documents are included in the rewards for backers at £35.

There are tiers in between and until the £350 level, which sees those extra PDFs also turned into physical books, with all versions being made available, including limited editions. You’ll be listed as a producer, get limited art bundles and even a note from the creator.

Irrespective of which tier you pick, the estimated delivery date by Roll & Play Press is March 2023.

Update: 1st March: Updated to correct a typo on the £18 tier (incorrectly stated as £8) and add clarity to the deliverables on the £35 tier. 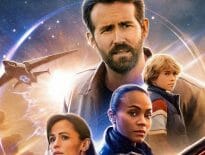 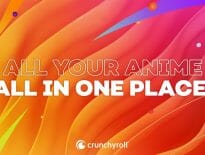 Sites Funimation merges into Crunchyroll; you only need …
wpDiscuzComment Author Info
Manage Cookie Consent
This site uses cookies 🍪, and links are ads that may earn bloggers some money 💰, and with this alert, I very much hope that these dark truths 🧌 are acknowledged.
Manage options Manage services Manage vendors Read more about these purposes
Preferences
{title} {title} {title}
Loading Comments...