You are here: Home / TV / Halo’s latest trailer is incredible but is the series coming to the UK?

Star Trek vanished from UK TV when Paramount took the franchise back in-house and to Paramount+.

Paramount+ isn’t available in the UK. While the US network did make Discovery available on a platform called Pluto TV, it’s on a real-time schedule, and there are no similar options yet confirmed for future shows.

There are even problems watching Halo’s second trailer in the UK; you have to find a YouTube channel running an official copy.

Surely, Paramount would try and make the series available in the UK, Europe and other territories without Paramount+ to try and carve back some of the maximum revenue earned by a show while it’s hot, before it’s spoiled, while the merch sells and before the pirates get it.

There’s some speculation that Sky will get the show, but they’re awfully quiet about it if so.

In the 26th century, a military group known as Spartans take on an alien empire. Known as the Covenant, the empire poses a threat to humanity and already has control of many planets across the Orion Arm in the Milky Way galaxy. Can they take on the dreaded intergalactic threat?

Pablo Schreiber is Master Chief, and featuring heavily in the trailer here is Yerin Ha as Quan Ah. Jen Taylor is Cortana and Shabana Azmi is Admiral Margaret Parangosky.

Halo’s latest trailer is incredible but is the series coming to the UK? 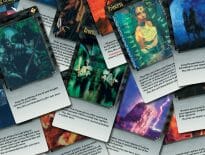 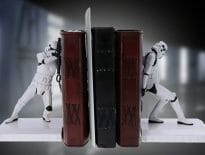