You are here: Home / Games / Mobile / The best of both (all?) worlds: Dragon Drop AR for Tabletop RPGs

There are no cards or markers to cover your table with, but Dragon Drop can still generate an augmented reality battle map and minis for your table. Is this the best of both worlds? Face-to-face gaming with drinks, pizza and friends, and the flexibility of digital?

What’s most significant is what Patrick Kennedy doesn’t say and what the campaign doesn’t offer. There’s no whiff of a subscription model here, just an app and supporting monster packs. You can see what I mean at the Kickstarter page.

You just need a smartphone to use Dragon Drop, but it has to be a smartphone advanced enough to run Apple or Google’s AR kits. That’s worth checking before backing the campaign unless you know you’ll be getting a new phone shortly.

Sit around the table with friends, hold up your smartphone to look at the table between you and on the screen, you’ll be able to see digital minis of your RPG characters, NPCs, terrain and the monsters fighting there.

I suspect it’s subscription models that put backers off software projects and that the lack of one could be a significant advantage for Dragon Drop. Those are two big assumptions. It would be great if the Kickstarter addressed it. Instead, we get the technical details, not the marketing/customer considerations, typical of engineering and artist-led campaigns.

Characters can also be set to move to a new location under their own locomotion by selecting the character(s), and designating the new location within the play area. Character attacks, (both melee and spell) can be triggered by any player from any character under their control, to any other character(s) within the game. Attack outcomes can be entered before the sequence plays out, such ascharacter blocks attack, character takes damage but survives, character takes damage and dies, etc.

You get the Dragon Drop app, starter content and Goblins as a monster pack for a thank you at just $5 in backing.

Undead are added to that manual of monsters at $10.

With those increments, it is possible to see why there could be a business model without a subscription plan. The idea is you’ll want to buy lots of AR assets, and users will, therefore, fairly regularly give Dragon Drop their money. If it’s all run on the smartphone, then there are no cloud costs, beyond site and asset hosting, for the team either.

The best of both (all?) worlds: Dragon Drop AR for Tabletop RPGs 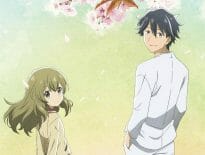 Anime Relax with Japanese baking: Deaimon confirms for A… 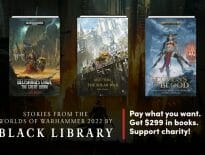 Books Stories from the Worlds of Warhammer 2022: The Bla…
wpDiscuzComment Author Info
Manage Cookie Consent
This site uses cookies 🍪, and links are ads that may earn bloggers some money 💰, and with this alert, I very much hope that these dark truths 🧌 are acknowledged.
Manage options Manage services Manage vendors Read more about these purposes
Preferences
{title} {title} {title}
Loading Comments...