BanG Dream! the Movie Poppin’ Dream! is out in Japanese cinema and still found the energy to release a new trailer. That’s a promising sign that the latest in the BanG Dream! story will travel.

The action here picks up after the live performance at Nippon Budokan, where the third season of the TV show ended.

The feature-length, which weighs in a just over 70 minutes, is live in over 100 cinemas across Japan. That’s pretty good. Anime News Network reports that Poppin’ Dreams opened as the 10th biggest movie when it opened on the 1st.

In Poppin’ Dream! a mysterious woman invites the band to Guam where adventures and music happen.

It’s an original story by Bushiroad, directed by Koudai Kakimoto, who helmed the 2nd and 3rd seasons of the show and as you might expect, it’s been released by Bushhiroad too. 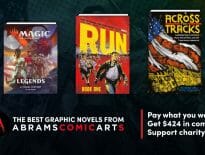 Comics Magic: The Gathering, Parable of the Sower and Mak… 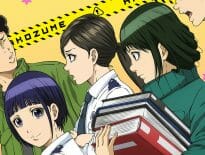