I’m absolutely pumped that there’s more Bleach, which is due next year and while this trailer doesn’t say where or how it’s in English. That’s a good sign!

Funimation has Bleach but not here in Scotland. Here, it’s on Crunchyroll but that’s not where I watched it a decade ago. I think a re-watch is in order! I worry about how much of a gap there might be between stories.

Bleach: Thousand-Year blood war is the final battle, and in this trailer, we get teasing, blood-pumping glimpses of favourite warriors.

Bleach is the long story of a guy who can see ghosts. That escalates quickly into the role of Soul Reapers or death gods and their responsibility to deal with spirits that become corrupted Hollows. Escalation and conflict, action and cheese, fear and friendship.

It’s worth a watch.

Here’s how Viz, who have the manga in ComiXology put it;

Ichigo Kurosaki has always been able to see ghosts, but this ability doesn’t change his life nearly as much as his close encounter with Rukia Kuchiki, a Soul Reaper and member of the mysterious Soul Society. While fighting a Hollow, an evil spirit that preys on humans who display psychic energy, Rukia attempts to lend Ichigo some of her powers so that he can save his family; but much to her surprise, Ichigo absorbs every last drop of her energy. Now a full-fledged Soul Reaper himself, Ichigo quickly learns that the world he inhabits is one full of dangerous spirits and, along with Rukia–who is slowly regaining her powers–it’s Ichigo’s job to protect the innocent from Hollows and help the spirits themselves find peace.

Studio Pierrot is driving the project forward, and Tomohisa Taguchi is directing. Masashi Kudo and Shiro Sagisu return to the series for their roles in character design and music. 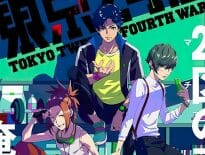 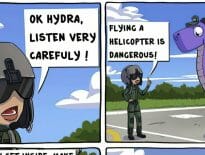