Fate/stay night: Heaven’s Feel III. spring song is the last in the Heaven’s Feel trilogy of spin-offs. I was able to watch it on the big screen at Scotland Loves Anime.

The feature-length is out on blu-ray so you don’t need to find yourself a local film festival to watch it.

Fate/stay has some hardcore fans who will not only appreciate this showdown but will fully appreciate all the cleverness.

Or, you might come to the movie knowing nothing about the series. That’s not ideal. What you’ll get is a series of barely sequential setpiece scenes and characters trying to forgive each other despite being dangerous murderers.

Then, lastly, you might be like me. You might have seen some Fate/stay over the years. If this is you, then you may try to remember the details as this plot unfolds and wonder whether you’ve missed something out. I may have.

Despite suspecting I had some holes in my Fate/stay lore, I was still able to enjoy this anime. It’s not close to my favourite anime of the year, but I followed the plot and enjoyed many action scenes. We’ve one of the best Rider versus Sabre scenes. Oddly, we’ve one of the most vanilla Master versus Master scenes, too, a straight-up boxing match.

This will be brief as there’s too much to unpack and too little to say without spoilers.

It’s a battle royal for control of the Holy Grail. Seven wizards/masters summon seven servants/heroes, and it’s a fight to the death.

At this point, though, we’ve had several movies, so several dramatic twists. There are two grails, and they’re not manifesting as floating chalices.

Another plucky young girl has grown a bit older and turned evil. Our heroes are trying to figure out whether to rescue or slay her.

Fate shows can become nearly meaningless jibberish; this one does not. It flirts with complexity, though.

It’s not fair to say that Fate/stay should pick a side; emotional drama or action show, because the series has always straddled the lines. The fate of the characters matters because 6/7th of them should be doomed, and we’re supposed to care for them by then.

Fate/stay night: Heaven’s Feel III. spring song doesn’t spend any effort in trying to persuade us to like the characters. I think that’s a safe assumption. If you’re watching this movie, then you’re invested.

Instead, what Fate/stay night: Heaven’s Feel III. spring song gives us is those characters trying to work out whether they like each other. They don’t like themselves, but insecurity is generally hidden by going dark side or stubbornly inflicting damage on themselves to save friends.

If this is the end of the series, and you never can tell for sure, then it’s a satisfactory one. Plot strands are wrapped up. A conclusion is reached. There’s even a post-showdown glimpse into the survivors’ lives.

It might be a movie about corruption and potential redemption.

One for the silent legion of fans. One to miss if you’re even remotely unsure about anime.

If you’ve enjoyed some but not all Fate/ shows like this blogger, then it’s a more challenging call. I give it one, but not two thumbs up. It’s perhaps damning faint praise that “I’ve seen worse” is the best thing I can say about it. 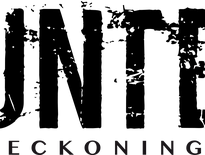 Tabletop & RPGs Hunter: The Reckoning coming from Renegade and the… 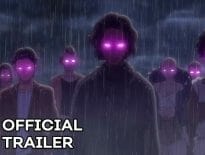