Inferno is a tabletop RPG of Victorian fiction, in which characters might encounter the creations of Bram Stoker, Charles Dickens, Conan Doyle, HG Wells or Jules Verne.

Steam planes, difference engines and intercontinental pneumatic train lines are the order of the day. In the game, characters are part of the hugely secretive Inferno club and international conspiracies with access to magic, technology and power.

The Inferno Quickstart is available now and entirely free.

The 75-page download introduces the Card of Fate system, one that has group challenges, a focus on conflict rather than task resolution, a single mechanic for tests and one that uses cards rather than dice.

While the actual Victorian era was rife with prejudice, Inferno is not. Players create characters of any sexuality, race, religion or gender, and for any position in society with the safe assumption, they will encounter no prejudice.

A good session zero in a game of Inferno will include a discussion of how much historical prejudice you want to include, with “none” being the default. Some players might find the idea of playing a female scientist fighting the prejudices of her male counterparts invigorating. If that’s you, go for it. On the other hand, if the player of the Marquis of Somerset wants his character to romance the Comte de Boulogne but doesn’t want to role-play dealing with 19th century homophobes, then leave them out.

There are some problems that were so structural to the Victorian era that they can’t be avoided, principally, colonialism and slavery. The game will include guidance on how to deal with these issues in a respectful manner, and in particular urges players to avoid turning the victims of these outrages into set dressing. Getting this bit right, is going to be one of the toughest parts in writing the game.

It is said, by those few who know, that the Inferno Club is set on controlling the world for the good of humankind. It meets only once a year, in London, and is divided into four elements, each of three houses.

The Element of Air

Containing the houses of Gemini – the rulers, Aquarius – the manipulators, and Libra – the arbiters, members of the air houses are interested in society, politics and culture.

The Element of Earth

Containing the houses of Capricorn – the scientists, Taurus – the inventors, and Virgo – the steam lords, members of the earth houses are interested in science, the natural world and increasingly, the organisation of society.

The Element of Fire

Containing the houses of Aries – the adventurers, Leo – the generals, and Sagittarius – the warmongers, members of the fire houses are interested in the martial and the military spheres.

The Element of Water

Containing the houses of Cancer – the conjurers, Scorpio – the enchanters, and Pisces, the magi, members of the water houses are interested in magic and the supernatural.

The full Inferno RPG is still in development. 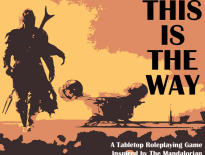 Tabletop & RPGs This Is The Way: A review of a Mandalorian TTRPG… 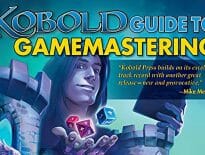