The PDF of the accessory has been out for a while. If you already have the digital edition, the main argument for the format upgrade is to complete your collection of physical books.

Like all the Warhammer FRP books I’ve seen from Cubicle 7, Archives of the Empire feels great in hand and is satisfying to flip through. So, despite the cost, you might prefer to get the hardback straight off.

It’s just as well the book feels good to flip through because I suspect you’ll be doing a lot of it.

Archives of the Empire Volume 1’s strength is also its weakness. It’s a collection of great content for Warhammer FRP 4e but does not have much of a thematic spine. The hardback feels like an incredible zine.

In concept, this volume of Archives looks at some of the non-human races in the Empire. Herein you’ll find information on Imperial dwarves, halfling clans and Laurelorn elves. This is spread across six chapters and two appendixes.

Just as someone only just starting out on an RPG might not buy a fanzine for it at the same time, I’m not entirely sure Archive of the Empire Volume 1 is the best bet for your first additional Warhammer FRP purchase. You might be better off with one of the fantastic adventures available.

If you’re a veteran Warhammer player, then you probably don’t need Archives of the Empire, either. Cubicle 7 seem to have embraced this problem, though. Everything you need is in the core rules. These new books focus instead on what you might want – and that’s one of the reasons why they look and feel so good. There’s a collectibility goal that the publisher is shooting for here.

Inside Archive of the Empire Volume 1

There are six chapters, and the first is the broadest, with a look at The Grand Provinces as accurate for the game year 2512 IC. That means a look at;

Remember, though, this is a slim book, especially for a hardback, and “look at” in this context sometimes means barely a page.

Next up, we get to the halflings, and they get two chapters. The first chapter, “Halfling Clans of the Reikland” does what it says on the cover. Over the course of 10 or so pages, we look at about a dozen clans, with some optional rules for skills and talents.

Without a doubt, the halfling clans are my favourite part of the book. Why? Warhammer halflings are especially interesting, still managing to feel a bit like hobbits and yet surviving in this grim and perilous world.

We pick with halflings for the next chapter and “A Guide to the Grand Country of the Mootland”. Like the opening Provinces section, here we take a zine-like trip to the location, its history, politics, landmarks and plot hooks such as threats.

Next, we size up and visit “Imperial Dwarfs”. There’s no tour of the clans this time but a look at the history of these dwarves. That means their society and the settlements they’ve established.

In the next chapter, “A Guide to Karak Azgaraz”, we take a trip to this particular dwarf hold. As we did with our trip to Mootland, here we look at the location’s history and what’s going on right now, and that might interest players.

Lastly, it’s the ancient colony as we get to “A Guide to The Laurelorn”. These surviving elves only get one chapter, with the history and visitors guide.

The appendixes offer up new careers;

Yes, Badger Rider. What’s not to like about that? I must play a halfling badger rider at some point. I suspect he’ll die, and I’ll mourn the badger more.

It’s a hard book to summarise. I guess the main thing; I liked it.

On the negative, I’m not sure who to recommend this book to. If you’re going to expand your Warhammer 4e, I think the iconic adventures will be more tempting. I have mixed feelings as I suspect Archives of the Empire is the sort of book a player buys or reads in the store and then promptly bugs the GM into letting them change characters now they’ve been inspired by a new concept. You know, like a badger rider.

It might be best to think of Archives as either a light gazette or a knockout success of an incredible zine. Buy it as a fan buys a zine, more for the desire of it.

I’m not currently playing in any Warhammer games, and Archives of the Empire made me want to. That’s a plus and the takeaway observation.

Disclaimer: My copy of Archives of the Empire v1 was provided for review. 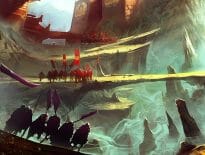 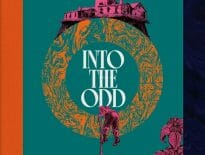