You are here: Home / Geek Stuff / The cure for coma: Deep Insanity – The Lost Child

Transmedia is, I argue, a treasure chest of awesome that we’re not yet opened. It’s the technique of taking a franchise, a property, a story and telling it across different platforms.

Perhaps Marvel and Star Wars are the closest we’ve come with TV and movies interlinked. But are the games?

Square Enix will give it a bash with Deep Insanity, and it looks good. The anime Deep Insanity: The Lost Child is set between the manga and the computer game, and the story interweaves.

October 12th is when the anime starts in Japan, and we’re yet to see if any streaming platforms pick it up. The transmedia aspect may make it a bit less straightforward.

The game will be available on Steam. So, could the anime?

There are two key bits to the plot. Firstly, in this world, a mysterious condition called “Randolph syndrome” causes sudden comas. Millions have been affected, and it’s apocalyptically rampant.

Secondly, a huge underground realm is found beneath the South Pole. In this unexplored domain, which is dubbed “Asylum” there are hordes of weird and sometimes dangerous creatures.

The two link up, of course, as it may be the case that the cure to Randolph syndrome is in Asylum.

The game, which will be out for iOS, Android and PC on October 14th is Deep Insanity: Asylum. The manga Deep Insanity: Nirvana has been running since February.

The cure for coma: Deep Insanity – The Lost Child 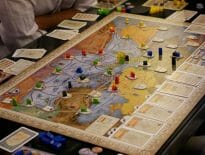 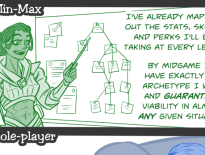