You are here: Home / Games / Tabletop & RPGs / Could the Stegodial be your next branded tabletop merch?

Superpower3D have a 3d-printable accessory on Kickstarter to do away with spindown dice and other trackers. The Stegodial is a disc alternative.

Of note, you can supply your own art to the accessory maker in the Kickstarter. If your tabletop game has a sigil or in-game rune you want to gift to your players, you can get a batch made. Or, publishers, RPG streamers on Twitch, conventions, etc. can have a 100 made for novel branded merch.

Stegodial remains a small Kickstarter for now. There are about four weeks left to run, over $700 pledged against a goal of $3,000. We’ll have to see if people take note, but you can check the campaign out on the Kickstarter platform.

I like the name. I presume the inspiration comes from the dinosaur with the same style of bumpy back.

You can choose any number range for your Stegodial starting from 0 and going up to 100 (and we have plans for an add-on for numbers larger than 100). You can easily rotate between the numbers, even while using Stegodial as a coaster!

There are early bird tiers left. The cheapest is $25, which gets you a Stegodial but without any customisation. You get to pick from their stock designs.

A pledge of $45 is enough to get your art on a Stegodial and it must be your art. Rightly, Superpower3D won’t print stuff you’ve ripped from the internet and don’t have rights for.

If you want five personalised Stegodials, then it’s a pledge of $120. That’s been the most popular, five being about suitable for most groups.

Alternatively, you can get a dozen blank Stegodials with identical adhesive stickers with your logo. This is one way to get into the branded merch angle, and it costs $360.

If you decide to back the dials, the estimated delivery is in February 2022, ahead of next year’s convention season.

Could the Stegodial be your next branded tabletop merch? 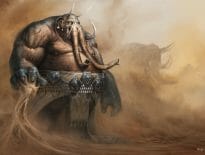 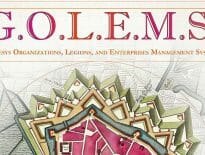