If you’ve backed any game Kickstarter, you’ll recognise the concept; you pledge some money, and then, later, your game or game content arrives.

However, the Advertising Standards Authority has warned Cloud Imperium Games, the maker of Star Citizen, for taking pledges on concept ships that weren’t immediately available in the game.

The ASA investigated after a Redditor matzy made a complaint, stating they were “fed up of CIG and the constant lies.”

Comparing Cloud Imperium Games directly to Kickstarter does not tell the whole story, though. In particular, the ASA found that CIG’s marketing communication wasn’t clear enough. The term “pledge” was insufficient to ensure that backers understood the ships weren’t yet available.

On that basis, we issued an Advice Notice advising the advertiser, in future, to ensure that its ads include any material information and significant limitations,”

Cloud Imperium has added a disclaimer to their own emails in response. It reads;

The Crusader Ares (Inferno and Ion), A2 Hercules, Genesis Starliner, are being offered here as a limited vehicle concept pledge. This means that the vehicle is in development but is not yet ready to display in your Hangar or fly in Star Citizen. It will be available as playable content in a later patch.

We offer pledge ships to help fund Star Citizen’s development. The funding received from vehicles such as this allows us to include deeper features in the Star Citizen world. These vehicles will be available for in-game credits and/or will be otherwise earnable through play in the final universe. They are not required to start or succeed at the game.” 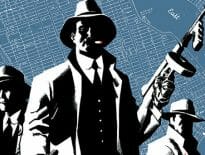 Comics ComiXology Originals to publish the violent We Onl… 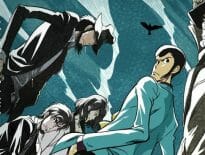