You are here: Home / Movies / Eternals versus IKEA: The final trailer

Geek Native’s first post after a few days offline while HQ was relocated to survive the coming apocalypse (some of this statement is a fabrication) is a trailer for Marvel’s Eternals.

I know a low ball return, but the Eternals trailer strategy has been low ball, to begin with, and slowly ramp up the drama. The result, seen here, is an oddly relaxing series of combat encounters!

Also, as many people who’ve had to rebuild a home will tell you, you see a lot of IKEA. Geek Native’s bookcases may never be the same again, and that’s even without aggressive superhero level Eternals picking fights with them.

Marvel’s next movie will be Shang-Chi and the Legend of the Ten Rings but the release date for The Eternals looks solid. That’s not something we’ve been able to say for a while about a movie.

IMDB’s publically curated list of dates gives the 5th of November for the USA, one of the last countries to get the film, along with the UK. According to the Amazon run site, France may get it on the 3rd and Australia as early as October.

Eternals versus IKEA: The final trailer 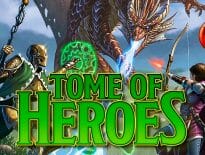 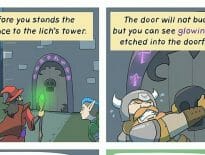 Comics The greatest GM gift is the greatest player puzzle…
wpDiscuzComment Author Info
Manage Cookie Consent
This site uses cookies 🍪, and links are ads that may earn bloggers some money 💰, and with this alert, I very much hope that these dark truths 🧌 are acknowledged.
Manage options Manage services Manage vendors Read more about these purposes
Preferences
{title} {title} {title}
Loading Comments...