You are here: Home / Games / Tabletop & RPGs / Tabletop gaming dangers: A life of pain turns out to be a game piece stuck up nose

Sometimes Geek Native covers breaking news, periodically reviews, reports or tips and tricks. Not this story, filed over a month ago by New Zealand media, in which we have weird board game news.

A woman from Christchurch has discovered that the nose pain she has felt for almost her whole life was caused by a game piece. A tiddlywink token had been wedged up in there, with calcified material growing around it.

Mary McCarthy took a Covid-19 test which was so painful that her nose problems that persisted for 37 years deteriorated until she had to speak to a doctor about it. A surgeon later removed the piece.

McCarthy, who has now hopefully recovered, remembers a game of blowing pieces out of her nose. It was a shooting contest with her brothers when she was only eight. No, really.

One time I accidentally inhaled one instead of blowing it out, and I was a bit too scared to tell my mother, so I didn’t. I remember being terrified at the time, thinking, ‘where it has gone’.

Why did she wait 37 years to investigate?

I always had difficulties breathing through my nose over the years but never gave it much thought.”

It was this memory that Mary McCarthy told the doctors. Thankfully they took her seriously, and a CT scan later revealed the piece.

It is unknown whether Mary still plays tiddlywinks, but it is perhaps a good thing she does not have a Warhammer ork army.

Tabletop gaming dangers: A life of pain turns out to be a game piece stuck up nose 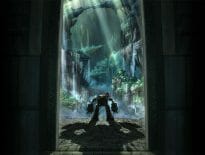 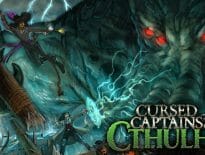