You can download Dungeoneer from GITHub and run it on Windows. It’s described as a tool for lazy DMs, but that clearly undersells its technical abilities considerably.

What’s less clear is whether Dungeoneer is a virtual tabletop (VTT) or not.

There is a tabletop, at least, with a digital tracker, measurement tools, fog of war, dynamic lighting and some effects. It’s not multi-user, though. You can show your map to players via another screen, but they won’t be able to drag and drop themselves around.

The program includes generators to build NPCs on the fly as well as full shops and taverns. Need an encounter? Dungeoneer makes those too.

With Dungeoneer, you can build your own multi-dimensional tables. That is to say, the result on one table can be a roll on another.

If that sounds handy, then so will the mob tracker for managing a swarm.

Despite that lack of online capability, which stops it from being a fully-fledged VTT, Dungeoneer also has dice rollers and can cope with tracking many spells at once.

It’s all free but yuo can buy the creator, Durtur, a coffee. 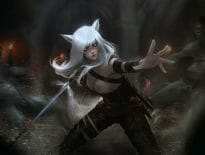 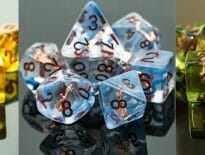