You are here: Home / Geek Stuff / Toys from the 90s are worth a fortune – even computer games

Research by The Toy Zone shows that the most valuable toy from the 90s that isn’t a Beanie Baby is a computer game.

Rainbow The Chameleon Beanie Baby from 1997 sold for $50,000. That’s enough to make it the most expensive Beanie Baby in a Beanie Baby dominated decade. It makes me wonder how many homes have Funko Pops! sitting in cases today and with owners wondering what to do about it.

Rainbow sold on eBay but a quick look at Beanie Baby auctions confirm there’s a huge range in prices.

It’s worth noting that LEGO was omitted from this, as it’s a big enough market in its own right! Let’s take a look at those figures.

The most valuable action figure is the Teenage Mutant Ninja Turtle character Scratch. I don’t even remember the character, but a bit of poking around reveals he wasn’t popular, neither was the figure, but that made him rare, and now he’s expensive.

If that data’s too Beanie Baby dominated for you then we can do the top 10 of each toy line as an alternative.

I don’t remember Talkboys, perhaps they never made it to Scotland, but Amazon has pictures of them thanks to past listings. The Deluxe Talkboy they have, also Home Alone, gets a 3/5 star review rating after a few reviews. That’s $10,000 worth of electronics.

I think you are missing LEGO, there are some very sought after LEGO kits out there.

You are right! And I know LEGO was omitted from this as it is a big enough market in its own right. I’ve updated the post to say that up front. Good spot!

Excelent, it would be great to read another article about that.

Toys from the 90s are worth a fortune – even computer games 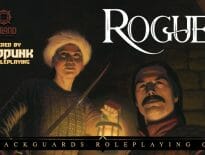 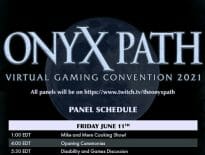