Blood Hunt will be a free to play battle royale featuring World of Darkness vampires.

Made by the Malmö / London based Sharkmob, under the watch of Paradox, the game has players fight to become the ultimate vampire. The Steam page isl ive.

The company is shooting with a stylish and mature setting, in keeping with the feel of the World of Darkness.

For centuries, vampires have lived and thrived among humans, maintaining The Masquerade. Now a treacherous betrayal has stirred a war amongst the vampire sects, exposing them to the secret society known as The Entity. With a holy mission to annihilate all vampires they take the hunt to the streets of Prague…

Players will need to use their supernatural powers, weapons, and wit to survive the night and restore the masquerade!

Characters get access to supernatural powers that may give them the edge over rival players or computer-controlled characters. They’ll also be able to explore the high fidelity Old Town of Prague.

Shown in the Blood Hunt trailer is the ability to really customise your character.

Sharkmob points out that there are no pay-to-win mechanics, despite the game being free to play.

The game has been rated 18 by PEGI for extreme violence, and Sharkmob recommends having at least 20GB of space left and a GTX 1080 or better graphics card, with an i7-10700K or better processor. 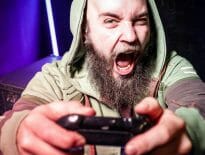 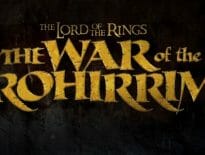 Anime The War of the Rohirrim: Lord of the Rings prequel…
wpDiscuzComment Author Info
Loading Comments...