You are here: Home / Geek Stuff / Animex plans public and open-air screenings in 2022

The 20-year-old animation, VFX and games festival from Teesside University, Animex, has historically been intended for student and early career professionals. With the growing interest in games, anime, and animation from the public, early-stage plans make parts of Animex 2022 open to the public.

Teesside University is planning on running interactive exhibits and open-air screenings from the Animex Awards in the Tees Valley region in partnership with Tees Valley Combined Authority.

Jo Noble, of School of Computing, Engineering and Digital technologies at Teesside University, told me;

…committed to helping the region get the recognition it deserves as being a national hub for creative digital industries, and therefore we want to celebrate this and share the festival with fans and families living in the region. In 2022 we are aiming to expand our reach to include an international audience by adding a number of additional satellite venues around the world.

The plan would have talks from each venue shared via a virtual platform.

Animex 2021 has now concluded but the video archive is available until the end of the month. Tickets can be bought retrospectively for £25, allowing animation and game students to view the presentations and talks until July.

The festival included a Diversity and Inclusivity Showcase for the first time in partnership with UKIE and #RaiseTheGame.

The hope for the event was to showcase some of the positive changes being made in the industry. When we were first looking at how we could incorporate this thread into our event, we considered having panels, but the reaction from potential speakers was quite negative. They felt that they’d been to so many panels over the years, saying the same thing that they wanted something new. Some felt that they’d stated repeatedly what the problem was over the years but little had changed, and they now wanted to discuss the solutions and share best practice. The format we settled on did exactly that! 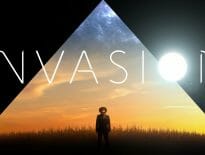 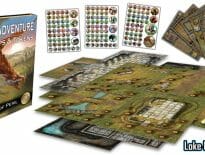