You are here: Home / Geek Stuff / Art / These monster books are scary great, but plagued by fakes

While browsing Instagram, I had to pause at a contorted Frankenstein monster-face that was leering out at me from between some old books.

I wasn’t sure I had space on my shelves, but I’m always up for smuggling in a geeky talking point. The website selling it gave me cause for concern, though. It looked like a DropShip. That’s a Shopify system acting as a reseller for a much cheaper source.

I investigated and quickly found the situation was worse than that. These faces are the work of Tom Taggart. You can find the artist in Instagram as Tom.Taggart.146.

The fake faces are a problem. Tom’s Facebook and Instagram feed is full of warnings not to buy fakes. A post today makes it clear that only he sells The Original Bookshelf Monsters.

Once again, I feel I need to make this crystal clear to everyone. I am NOT working with any other distributor or agent … or anything like that. If you see anyone telling you otherwise, they are lying. Do not fall for scammers !!! There are also several other “artists” attempting to make knock offs of my design. Don’t buy it. If you want the ORIGINAL … you gotta come to me.

Can you order one? If you’re lucky. Tom makes a few, and they generally sell out. As a rule, they’re generally sold through Patreon. He notes;

I get a lot of messages asking where they can be ordered, well … unfortunately, I have none for you to order. I just sold out of the limited edition Frankensteins. As soon as I finish casting, assembling and painting all of them … I will create a NEW monster for another limited edition. This probably will not be available until late summer. Once that edition sells out, I will make ANOTHER monster … and so on. I will also be creating one-of-a-kind, original monsters as often as I can. They will be debuted over on my PATREON page, and well, that’s usually where they sell. That does mean you HAVE to join my PATREON to purchase, it just makes your chances of getting one sooner better.

If you must have a Tom Taggart original, and it doesn’t have to be a monster for your books, then there is some good news. There is an Etsy store where you can buy steampunk and somewhat dorky falling stars.

These monster books are scary great, but plagued by fakes 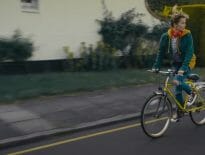 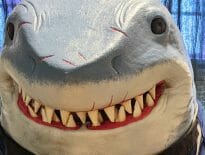