Call of Duty has been voted the worst game for microtransactions in a survey of UK gamers, with FIFA second and Candy Crush third.

A poll by PC-builders and review site WePC revealed that on average Nintendo users spent £56 per year on microtransactions.

In contrast, PC and Xbox users spend £51 and PlayStation users £46.

Animal Crossing, which boomed in the lockdown, plays a crucial role in this, with nearly half (47%) of gamers in the survey saying they had spent more on gaming during it.

London, curiously, is not in pole position when it comes to gamers splashing. The capital sits behind Brighton in the charts, but even with 41% of Brighton’s gamers saying they’ve bought loot boxes or other microtransactions, that digitally savvy city isn’t top of the league.

Leeds is. 42% of gamers in Leeds say they’ve spent money on microtransactions. That’s twice as much as Plymouth, where only 21% have.

WePC quote Josh Allen, a gamer in Leeds who said;

In COD, your MTX are based around gun skins and animations, so it doesn’t directly affect your abilities to play,”

FIFA, on the other hand, makes multiplayer experiences so much worse. You can play against someone who has paid to have a better team, which makes them impossible to beat, even if they’re less skilled at the game. That’s why I’ve given up playing FIFA altogether. COD, on the other hand, you can pay for aesthetic but winning is still based on skill.”

It’s perhaps not a surprise that gamers are mixed on microtransactions. 69% agree it’s gambling, but only 19% want them banned altogether. In fact, only 14% of people in the survey said that loot boxes made games worse.

What do about microtransactions? Gamers in the survey backed the idea of an 18+ limit on them, and nearly as many suggested a limit on spending, but there was no dominant suggestion. 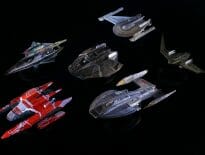 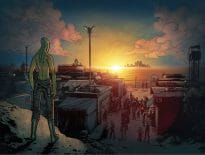