Storm King Comics, owned by John Carpenter and Sandy King, has a new eight-part anthology out, and it begins with Hell.

HELL #1 has a huge monster destroyed by a subway train. Sound good? Maybe, except the surviving reptilian companion of the monster can speak English.

Meanwhile, in Columbia, a scientist crawls out of the shadowy depths of the Earth with a new mineral source of power… but with terrible things left below.

It goes on. In Texas, a convinced murder gets a last-minute reprieve when an international conglomerate steps in to secure his time and have him organise an expedition to the centre of the Earth. To Hell.

John Carpenter’s Tales of Science Fiction: Hell is inspired by a story from Carpenter and King and was then brought to life by David J. Schow, while Andres Esparza inked and illustrated it, Sergio Martinez did features colours, Janice Chiang the letters and Tim Bradsheet the cover.

The soundtrack to the Hell trailer comes from Carpenter’s album Lost Themes III and is called Cemetery. Which seems fitting. 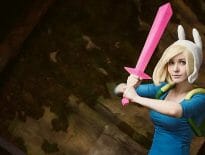 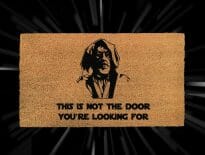