You are here: Home / TV / Anime / The Faraway Paladin: Raised by a skeleton, Mummy and a ghost

The Faraway Paladin is an anime due to air in Japan this winter.

The story is set in a ruined city, far from the reaches of humanity, where a child named Will is raised by three undead creatures.

The series is due out in Japan in October, and we will have to see whether it’s picked up for international broadcast. The hints of English in the trailer suggest it’s a consideration.

J-Novel Club have the license for the English manga, which is on comiXology. They describe the show:

A man dies alone after living a stagnant and fruitless life-but that’s not where his story ends, as a boy named William is born into a land of fantasy and magic.

Raised in a city of the dead by his new family-a mummy, a skeleton, and a ghost-he can remember glimpses of his past life, enough to know his time on Earth was wasted, and he vows not to let that happen again.

Schooled in magic and combat, Will sets out on a journey to see the world. Along the way, he’ll meet beings of all shapes and sizes. Each of these people has a story to tell and a lesson to teach Will about how to live his life to the fullest.

The Faraway Paladin: Raised by a skeleton, Mummy and a ghost 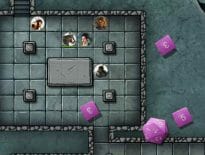 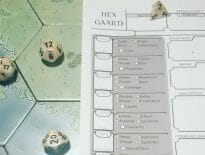