Joint Resolution of a Full Seating of the Galactic Council

Declaring that a new operational organization shall be established in service to the Council, with the expressed aim of persecuting threats to the stability and harmony of galactic civilization.

Whereas the recent rise of the ancient Mahact, long thought defeated by the Lazax Imperium, has threatened the established order of galactic power; and in light of previous existing threats that have grown in scope in the years since this body’s reestablishment upon its traditional seat of mediation, the various august and venerable civilizations of the Galactic Council have unanimously agreed to establish a body of Keleres, whose sole mission shall be the protection of galactic society.

In concordance with this agreement, the members of the Council have approved the following forthwith and with all due solemnity of purpose.

ITEM 1. The Keleres shall be a body tasked with investigating and persecuting threats of galactic significance. In this remit they shall have all authority as is their due, as representatives of the Galactic Council.

ITEM 3. The Keleres shall be overseen by three Tribunii, each chosen by popular acclaim by the honorable representatives who sit upon the Galactic Council. They shall serve at the Council’s pleasure, and will deliver reports on the activities of the Keleres.

ITEM 4. The Keleres shall have a holding set aside for them upon Mecatol Rex, maintained by the Winnaran Custodians, with whom they shall work closely but not report to. So the Galactic Council has proclaimed, passed by unanimous vote of all present representatives on this day.

A second page dates Twilight Imperium: Embers of the Imperium for Summer 2021 and puts the Genesys logo beside Edge Studios and Fantasy Flight Games. It adds;

In the years following the rise of the Mahact, the Galactic Council was forced make some effort to defend against this, and other, pan-galactic threats. In a moment of cooperation, the various great powers agreed to empower an organization to serve as that defense. This organization would be the Keleres.

The Keleres are the Council’s agents, dispatched to serve as ambassadors, soldiers, spies, and assassins.

Their mandate is to protect the Council’s member governments against threats that imperil the entire galaxy. Due to mistrust and political infighting amongst the great powers, their authority is ill-defined; their ranks are full of malcontents, double-agents, and failures; and they are given cast-off equipment begrudgingly donated by the Council’s members.

If they succeed, they will see few rewards for their victories, but may well reap great blame for the methods forced upon them.

For the sake of the galaxy, they cannot fail.

Twilight Imperium: Embers of the Imperium RPG confirmed for summer 2021 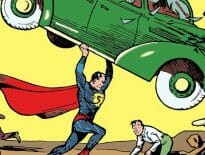 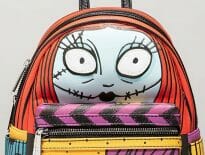