Ahead of a website update, Evil Hat’s newsletter announced two new RPGs and invited fans to join playtests for both.

Project Perseus is a superspies versus supernatural game of hard choices, trust and suspense set in the 80s and early 90s.

Designed by Stras Acimovic and John LeBoeuf-Little the RPG is based on the Apocalypse World engine and includes asymmetric player rules (agents and an operator), random mission generation and playbooks for the agent and operator roles.

Apocalypse Keys is a tabletop RPG in which monsters hold back the apocalypse. These monsters are agents for DIVISION, a secret organisation devoted to taming the supernatural and protecting the world.

The Powered by the Apocalypse game is designed by Jamila Nejadi and includes insights on those harbingers of the end times who lurk behind the scenes.

As monsters, player characters have dangerous powers, and there will be a price to pay if they go too far. DIVISION monster agents use their connections and relationships to help save the world, and the game is about emotional entanglements. These relationships are meaningful, but ultimately ruin awaits.

The playtest for Apocalypse Keys is also open for new sign-ups until March 23rd. 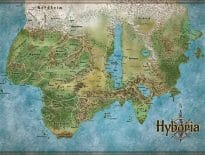 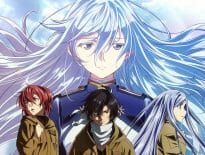