You are here: Home / Games / Tabletop & RPGs / Chaosium will ship Upwind the RPG of lost magic and dangerous skies

Chaosium has confirmed that they will distribute another project from Stewart Wieck’s Nocturnal Media slate.

Following a successful Kickstarter from Noctural Media and Biohazard Games, the RPG of lost science, elemental magic, and uncharted skies is now available as a PDF and a hardcover. Moreover, Chaosium has warehouses in the States, Australia, Europe and the UK.

The tabletop games’ first sourcebook, the Prophecy of the Grand Amplifier, is also available.

and the resulting fire is put out with a whole lot of Studio Ghibli’s Castle in the Sky.

That, in an unexpected, animated mash-up, is Upwind.”

A narrative style RPG Upwind is set in a world of floating islands, flying sailing ships and other long-lost technologies. This wonderous alternative environment is filled with nations, forgotten legacies and a looming war.

The book is 224-pages long, written by Jeff Barber and illustrated by Ben Sigas. The Prophecy of the Grand Amplifier is 160-pages and produced by the same team.

Due to the Kickstarter, Upwind and the campaign were both first released in 2017.

Upwind uses the Q system for its rules engine; an original stakes-based, playing card system that works to give every encounter consequences. 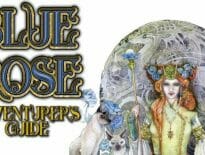 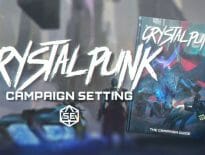