On Tuesday the 26th of January, Vice Press and Bottleneck Gallery will launch a new series of limited edition Universal Monster movie posters by Staples.

Greg Staples, who has also illustrated for Magic: The Gathering, told press;

For me the classic Universal Monster films have been engrained into me since I was a child, not only with their legendary visual design and makeup but because they are almost not of this world. To me they are the purest form of escapism and something that simply couldn’t be made in this day and age. I decided to approach these illustrations a little differently by choosing to try to add a bit of realism, hopefully to capture a small part of their character so wonderfully portrayed by Boris Karloff and Bela Lugosi. This really was an honour.

The project had close involvement from Universal and the estate of Bela Lugosi. The licensed series launches with pieces from Dracula and Frankenstein showing Bela Lugosi and Boris Karloff. 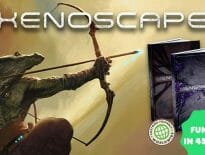 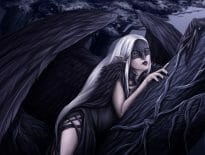