Aurora Torchia has a tabletop RPG based on Blackjack and set on a future Earth where technology and sinister occult arts intertwine.

The Arcana Familia are a para-governmental group that protects society from the malevolent influences of the supernatural. However, the Arcana Familia themselves have each struct a deal themselves with unworldly creatures known as Aos, and it’s a deal that bestows power.

The campaign asks for €5,000 to fund and with 20 days still on the clock has more than €2,000 pledged. You can see the current total on the pledge page.

There’s no dice in Arcana Familia; only cards. The RPG uses Blackjack. That’s a card game in which players try to get as close to 21 as possible, without going over. You can influence your own total by drawing cards blindly or deciding when to stop.

The result is that each combat or challenge can be tense. There’s some skill, but you might also need to push your luck from time to time.

While players can play Lost Children, members of the Arcana Familia, they can also play one of the mysterious Aos from the Wonderland.

A backing pledge of €14 (about £13) will get you a PDF copy of Arcana Familia, all the stretch goals, your name in the credits and a wallpaper.

Step up to €34, and you’ll get all that, a softcover copy of the game and an Arcana Familia pin. There are higher tiers, but no hard back.

If all goes to plan, then Arcana Familia will ship in August. 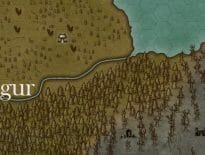 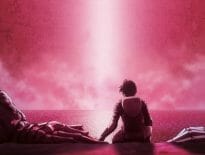