The third volume of Limitless Encounters is up on Kickstarter and already funded. The campaign wanted $5,000 to succeed, and with 25 days still on the clock, there’s more than $6,500 pledged.

The book contains 100 random 5e encounters, including monsters, and some 300 adventure hooks. You can check out the details or pledge at the project page.

Limitless Adventures has grown their audience for their Encounters series, and I think this volume was the quickest to fund. That’s generally a good sign. People coming back to back a sequel tend to suggest the previous projects were worth it.

Customers got to pick the contents of Limitless Encounters v3, and so there are 10 of each set of themes;

The book will be available as a PDF or as a black and white softcover with printing done by Ka-Blam.

There’s no way to fast track your Limitless collection from zero to hero with a pledge that provides the previous two books, though.

Delivery for the PDF is expected in May and the softcover in June. 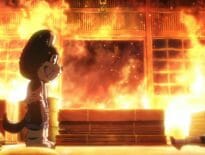