You are here: Home / Games / Tabletop & RPGs / Voyages of the Vagabond: More than $50,000 pledged to make travelling in RPGs less boring

Do you struggle to run a scenario when the PCs decide they need to travel 100 miles across country? Or down the King’s Road for twice as far? Do you throw an encounter at them every few miles or let them get to their destination with barely a survival role?

Deep Dungeon Games have two supplements in their Voyages of the Vagabond Kickstarter that they think can help out. The community seems to agree as, with 25 days still on the clock, there’s more than $50,000 pledged. You can join in on the pitch page.

The Voyages of the Vagabond is several RPG supplements, which are system neutral, and that can be used by GMs for world-building.

The pitch from Deep Dungeon Games is that they have to work especially hard to get any of your budgets during Christmas 2020. They’ve had a tough year too, could either fold up or double-down, they went for the latter.

The result is a set of products that offer more detailed understandings of terrain, travel and the interaction of magic on them.

The two books in the core product are Magnificant Mounts and Where They Go and Terrific Terrains & Terrible Travels.

The combined count of both books will be 500+ pages, and that’s before any stretch goals are added.

There’s still time to join the $65 Earl Bird tier and get the hardbacks, map assets and PDF.

After that, it takes just a pledge of $2 to secure the Travel Quick Notes and World Creation Notebook in PDF along with access to the Backerkit.

100 digital map assets are added to those rewards for a pledge of $5.

$20 will get the Terrific Terrains & Terrible Travel in PDF, along with the terrain battle maps and two notebook PDF.

If you want Magnificent Mounts & Where They Go instead then pledge $30.

Voyages of the Vagabond: More than $50,000 pledged to make travelling in RPGs less boring 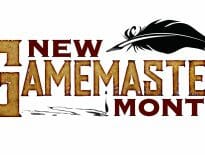 Sites What is New Gamemaster Month? 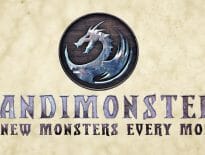