During the pandemic, many tabletop gamers have tested virtual tabletops as an alternative to face-to-face gaming. We’ve also seen a few new challenger virtual tabletops open up and plenty of innovation in the space.

You can’t join yet, but why should you join at all? Well, you might not yet have found the virtual tabletop that’s best for you yet.

Mythic Table is a not-for-profit company, it will publicly share the costs behind the project, and the virtual tabletop will be free to use. Marc Faulise, the co-founder, tells me that Mythic Table will never gate any features behind a subscription, even a voluntary one, although they might make a supporters badge available for people who do contribute cash.

The team have been publishing video developer logs, and we’ll share the latest in just below here so you can see an early demo. Open Source is also a significant element of Mythic Table. This virtual tabletop is fully Open Source, and so other programmers can check the code and write expansions.

The headline features of Mythic Table are a customisable action menu, one that changes depending on the situation so that your favourite tools and options are handy, an expressive user interface so it’s clear what’s going on and the promise of making it clear when characters are being affected by modifiers.

How does Mythic Table plan on paying its in-house team? It’ll be using Patreon to collect voluntary subscriptions.

You can read the Mythic Table roadmap on the official site, a public document in the spirit of Open Source.

To keep up with Mythic Table news there are plenty of social platforms to pick from, including Twitter, Facebook and Discord. 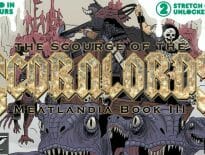 Tabletop & RPGs The Scourge of the Scorn Lords promises monster-in… 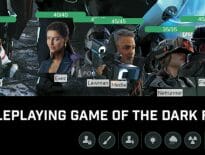