You are here: Home / Games / Tabletop & RPGs / Bring horror stories to life with the Shiver RPG

The company’s first Kickstarter is asking for £10,000 and with 29 days still on the clock as secured well over £20,000 from more than 300 backers. You can pledge or check out progress at the campaign page.

Shiver has been designed you can take horrors films, classic cult hits and TV shows to the tabletop. That might mean horror-lite such as Stranger Things or more hardcore such as Alien.

The Shiver Quickstart Guide is free to download from DriveThruRPG.

In the quickstart you’ll get character creation rules, the doom clock rules, Shiver’s point of view on death and plenty of monsters.

There’s a Discord server too, although it’s not mentioned on the Kickstarter page.

Nicely, there was a condition attached to this campaign that if Shiver was funded by Halloween that all backers would get a “Mr Husk” enemy PDF. It did, and so that’s an extra backers can look forward too.

It costs just £15 to start to Shiver, that’s enough for the full-colour PDF. The core rule book, which comes with a PDF, is £30 and that feels like a fair price.

You add in both the Cursed Library expansion and the Shiver dice (which are essentially d6) at £59 while the director’s cut which includes the artbook and GM screen tallies up to £79.

Alternatively, you can get the artbook as a £15 add-on or the Archetype dice pack for £12.

Shipping is at least £10, even for UK backers, and destinations such as Hawaii or Puerto Rico face costs of up to £46.

Delivery starts in February if everything goes to plan, for the PDF but the hardcopy of the book is much later, in August 2021.

Stretch goals already unlocked include a PDF Killer Case File for Giggles the Clown, Diary of the Dark for The Wailing Lady, more Cursed Library content for Dark Prospects and Protocol and an MI-13 Case File for the Incident at Eskerbay Bog.

That leaves only a Killer Case File for the Woodsman still to come.

The book looks lovely, bold colours and brave use of whitespace and Parable Games are rightly showing it off with towering graphics in the Kickstarter campaign page.

Bring horror stories to life with the Shiver RPG 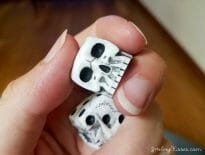 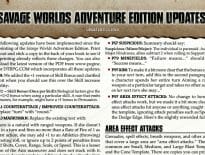