The rigid corpse of the dead bird blocked my usual view of the coastline. Feathers tugged as the chill wind rocked the tiny body balanced on the sill. My apartment window overlooks the Firth of Forth, and on clear days I can see out to Burntisland or Kinghorn.

I dare to call it a great view and one that’s betwixt and between elements. I’m on land, but five stories up in the air and the restless water I watch sometimes flickers with the bright shimmer of the Mossmorran gas flare.

There have been protests against the gas plant recently, locals fed up with Shell and ExxonMobil burning off the excess with towering plumes of fire. But it wasn’t flame that killed the pigeon. I’m sure I would have seen burns on the tiny body through my windows. Starvation? Cold? I couldn’t tell you.

The truth is, I had only noticed the carcass because the sound of the delivery van caught my attention. The architectural decisions in this block of flats defy logic. Was the designer a mad man? The external post boxes are one such quirk and the odd angle of the nearby “smoke corridor” to nowhere another. I have to leave the warmth of my writing den, venture down the communal hallway and there wrestle with the heavy fire door and again with the lock on the metal post box. Thieves seem to have a knack for it, but I have yet to master the trick.

The departing red blur of the Royal Mail van meant I should check the external post box, confront the cyclopean eye of the unblinking lock and check my mail.

When I returned, the dead bird had gone, presumably fed back into the cycle of life, the turning wheel fueled by the always ravenous dockland gulls, but I had a new treasure. I had mail.

A handwritten note attached to two pieces of card spoke of prototypes and paper density. This was a forerunner of a greater project. An unsealed envelope between the two torn sheets of the recycled board was unblemished and contained a tarot card.

Judgement. In this dark arts Tarot, Cthulhu was Judgement.

Fortifem had illustrated the powerful message. Not unlike my view, there was water out in front but rather than the man-made tendrils of gas piping and the baleful glare of Mossmorran, this picture showed the writhing nautilus tendrils of creatures of the mythos clawing their way from the soil and the alien glare of the rising Great Old One as the dark sky above.

I understood at once why Judgement had been chosen for Cthulhu. The card means an end of an era or revealing cataclysm, reversed it means dementia and apocalypse.

This was not a kind judgement. Between the bleakness of Cthulhu’s sky and the writhing tendrils of the water, the village on the Tarot burned.

Bragelonne Games’ Cthulhu Dark Arts Tarot is nearly here. The crowdfunding project that aims to tap into the cult of the mythos is due to launch on October 29th.

Along with Fortifem, the author and translator Maxime le Dain have worked on the cards. Le Dain has expertise in this arcane study, having helped translate The Call of Cthulhu before along with contemporary horrors such as Locke & Key.

Dare to know more? The dreadful placeholder already lives, the visage of Cthulhu just about visible under the pentagram design of the project’s icon.

Disclosure: I did receive the Cthulhu tarot card in the mail as part of the Kickstarter project, but there was no dead pigeon on that day. The Mossmorran action group is real. 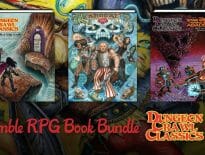 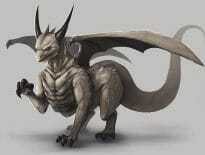