You are here: Home / Movies / Are the rumours true: Johnny Depp to play Doctor Who?

There are rumours today that Johnny Depp may play The Doctor in a Russell T Davies penned Doctor Who movie for the American market.

It’s certainly due that both Russel T Davies and producer Julie Gardener left the the series to work on projects for BBC America. In fact; they’re both believed to be in LA.

At the time, he said;

“Bringing the Who franchise to the theatres is a regeneration for the character beyond the usual one,”

“A theatrical release has a greater range and can reach millions of more people than just the fans. There will be brand new concepts and the film will be just as adventurous, scary and humorous as the television programme.”

Not all the rumours stand up as strongly, though, as much of the chat talks about a 2012 release and that’ll be quite a challenge to Depp’s filing schedule as he’s supposed to be working on more Pirates of the Caribbean films.

What do you think? Do you believe the gossip? Would you want to see another Doctor Who film?

Would he be the twelve Doctor? What would happen to Matt Smith?

(Image credit goes to Cheilita. He’s not the real Johnny Depp; could you tell?)

They could set up a separate movie continuity (they did it before with the Peter Cushing Dalek movies in the 60s), or maybe do one of those Origin movies that Holywood is so fond of. I could almost see Depp as a Young Hartnell.

I'm pretty anti-Holywood getting near Doctor Who, since they're pretty much guaranteed to dumb it down by committee (look at the original movie Buffy vs Joss Whedon's later fullly-realized TV version). I'm also pretty anti-having an American play the Doctor, and that's one of the few things I'll agree with Rich Johnson about.

NOOOO! I’m sorry, but if they must have a movie, it MUST have David Tennant in it. That’s all I have to say. But a movie with Tennant, that would be genius. Just not with Depp. He’s great, but not this. And the only other, much more important thing– They shouldn’t make a laughingstock out if it, because Doctor Who is a lot about intellect. So I hope they take it really seriously and don’t Hollywood-ize this, because it’s raw emotion and humor and more, and better for it. So I really hope they don’t ONLY play up the glamour… Read more »

Have you seen the previous Hollywood movie? At the time I described it as Doctor Who for the MTV generation (but this was back when MTV did music). Why? Very few scenes lasted for more than a minute or so, lots of cuts, changes of camera angle and lighting effects. I wasn’t entirely happy.

However, that movie’s influence on the New Who with Tennant et al is there. You could argue it was the stepping stone from the long form Doctor Who to the new episodic approach.

Are the rumours true: Johnny Depp to play Doctor Who? 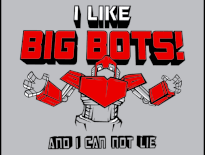 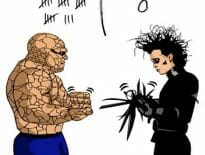