You are here: Home / Books / Mech marvellous: A review of The Art of Titanfall 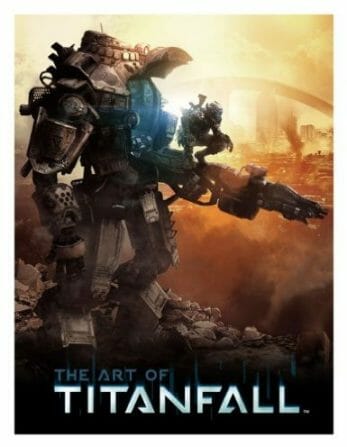 The Art of Titanfall @ Amazon

Getting Titanfall? It feels as if Microsoft has a lot resting on this game. It’s an Xbox One headliner and is coming out for PC and Xbox 360 too. Call of Duty never appealed to me but Titanfall does. Do giant fighting robots make that much of a difference? Apparently so.

Titan Books was probably the only publisher Microsoft could turn to in order to put together an impressive hardback collection of Titanfall books. The clue is in the name. In truth, though, Titan has plenty of experience in doing this sort of book. So does author Andy McVittie. McVitte’s worked on titles like Nintendo Official Magazine and PlayStation Plus and he’s done galleries before – The Art of Watch Dogs and The Art of Assassin’s Creed III.

Art books tend to go one of two ways; they either expand the mythos or provide a manual. Mythos books talk about related topics, expand on scenes and provide insight into the thought process of directors and creative producers. That’s not The Art of Titanfall. This is a manual. We get a look at the game and a look at some of the stages of the visual development. We bathe in the glory of the art.

There is commentary. It comes from the creative team – all of them, I think – at Respawn Entertainment.

Really, though, The Art of Titanfall is all about the art. That’s as it should be. The art is stunning. Okay, I could care less about the people (although that may change if I play the game) but the mech designs are simply stunning as are the locations. 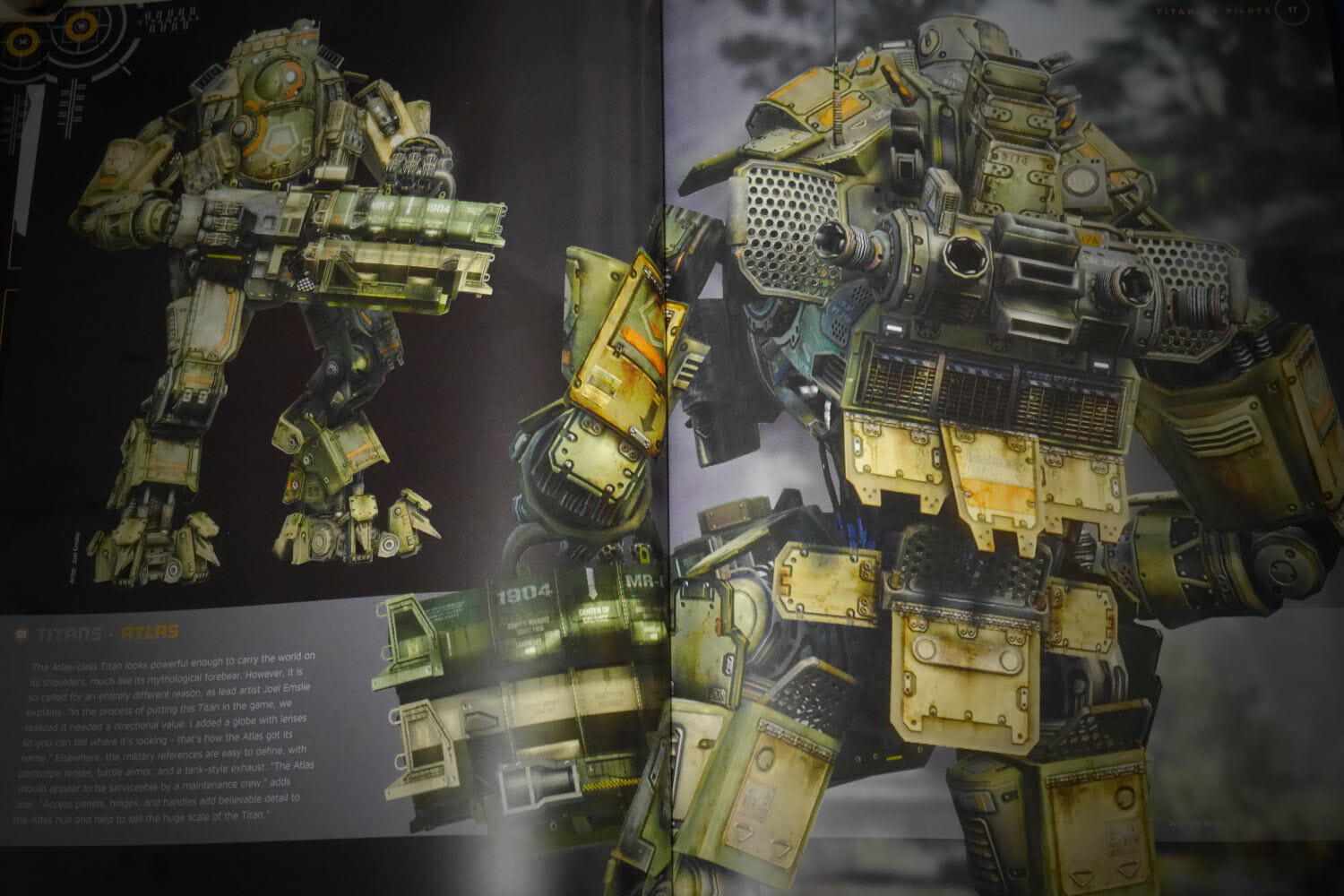 It’s the detail in the mech that transforms them from concepts into pieces of art an into war machines. They’re armoured, bristling with weapons and intimidating. I suppose if you’ve never encountered mech warfare before, if you’ve no experience with Battletech or similar, then you might think the design a little impractical compared to a tank. I’m pretty sure the illustration quality here will draw you into the world and such concerns will be fleeting.

There are four sections after the foreword by Joel Emslie, the Lead Artist. There’s the Titans and Pilots, then Vehicles, Weapons & Tech, then Locations and Graphics & Modelling. I imagine Titanfall fans will gobble up all of that.

I enjoyed the book. Titanporn is a thing. Mechs are droolworthy in a way that geek natives understand.

My copy of The Art of Titanfall was provided for review.

Mech marvellous: A review of The Art of Titanfall

Tabletop & RPGs Tabletop Taverns: The quickest way to build a whol…
💰 Copper Coins 💰 Geek Native is an affiliate and may earn commission on purchases you make from third-party sites.
🍪 Privacy & Cookies 🍪 The site uses cookies to survive. By accessing the site, you agree to use your browser to control cookie use or take 1d4-3 privacy damage (tracking). If you defeat cookies via ad blocking, please consider the Patreon. An intro to cookies, and how to control them, can be found here. I Manage Cookies