RPG powerhouse Fantasy Flight Games has today announced that they’ve secured the license for Star Wars. The deal with Lucasfilm gives them the worldwide rights for card games, miniature games and RPGs for the entire Star Wars universe.

Star Wars X-Wing is a tactical game of ship-to-ship combat. Players control either the TIE fighters of the Empire or the Rebel’s X-Wings in dogfight combat.

X-Wing makes use of detailed and painted miniatures, involves crew selection and scenarios. The starter pack includes a scenario, cards as well as fully assembled and painted ships.

Star Wars: The Card Game will be an LCG – a living card game. If you’re not familiar with LCGs they try and break away from the “blind buy” issue of CCGs but keep the sense of an ever evolving and expanding model. You can read more about LCGs over at Fantasy Flight themselves.

The Star Wars card game is suitable for between 1 to 4 players and a game takes between 30 to 90 minutes. Players control fleets of starships and direct famous Star Wars heroes as they battle against the Empire. 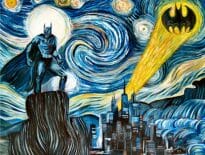