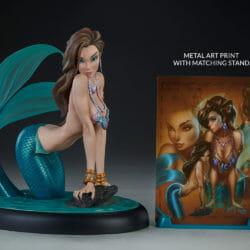 J. Scott Campbell has illustrated for Wildstorm Comics and Marvel (including cover art for The Amazing Spider-Man). He co-created and wrote for the superhero team Gen and launched Danger Girl. There has been controversy in his career too. Marvel pulled his variant cover of the first issue of The Invincible Iron Man as some readers […]