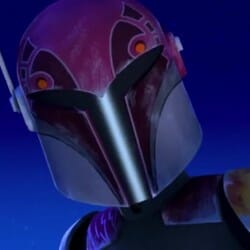 In time for Star Wars Day Disney has released the first full trailer for the new Star Wars Rebels show. We’ve a band of heroes; Sabine, Kanan, Hera, Ezra, Zeb and Chopper and they’re up against the Empire. The big question is; does this look as good as the Clone Wars? What do you think? 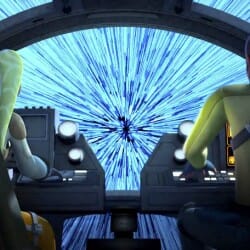 We’ve two promos from Disney for the new Star Wars series – Star Wars Rebels. They’re part of the “Ignite” and “Spark” teasers so-called either because it’s the ignition of the rebellion or because the feature character seems to have a thing for fireballs. I get why Disney will be keen to put the emphasis […] 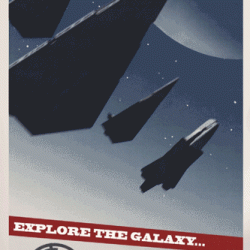 Empire has a set of six limited edition cards to promote the new animated series Star Wars Rebels. They’re pretty cool illustrations and I think use a “standard propaganda style” with a few colours and a strong message. The show itself is set between Revenge of The Sith and A New Hope, before the Rebel […] 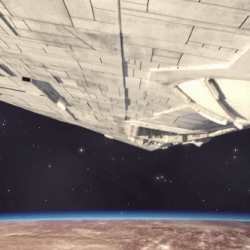 In the run up to New York Comic Con we’re getting teased with some micro-trailers. This is one for the Star Wars Rebels animation set between Star Wars Episode III: Revenge of the Sith and Star Wars Episode IV: A New Hope. The Empire is tightening its grip on the galaxy, tracking down and taking […]