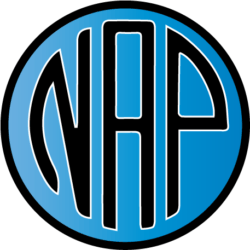 2018 has seen the launch of New Agenda Publishing with a goal of amplifying underrepresented voices in the RPG community. There are three founding board members. There’s Misha Bushyager who will be acting as writer, editor and marketing manager. Misha is a GM who has written for games like Dead Scare, Lovecraftesque and Chill: SAVE. […] 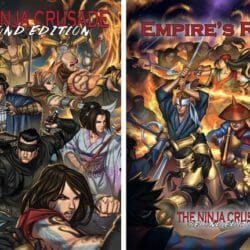 Third Eye Games have been successful with their superhero AMP range and mystic martial arts range with Ninja Crusade through a combination of Kickstarter and hardwork. Now they’re back on the crowdfunding platform looking to expand Ninja Crusade with this campaign. [Back this Campaign] At the time of writing there’s 9 days left to hop […] 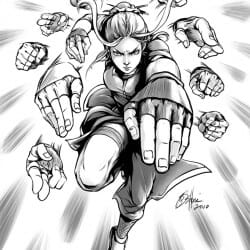 The Naruto: Shippuden inspiration, I think, is clear and that’s no bad thing. Third Eye Games have moved the timeline on as the Empire’s army clashes on the battlefield against the allied Ninja villages. There’s more information on the official Kickstarter page. [Back this Campaign] The campaign is asking for $12,000 and with 20 days […]

"Abandon the search for Truth; settle for a good fantasy"
Manage Cookie Consent
This site uses cookies 🍪, and links are ads that may earn bloggers some money 💰, and with this alert, I very much hope that these dark truths 🧌 are acknowledged.
Manage options Manage services Manage vendors Read more about these purposes
Preferences
{title} {title} {title}