You are here: Home / Movies / Ninja Disney Princess: Raya and the Last Dragon

Disney’s next animation brings us a warrior princess, and the setting is inspired by Southeast Asia. There are kabuki masked warriors, wide straw hats and temple infiltration by dark cloth garbed fighters and so the Asian references are hard to miss.

Given the controversy around the live-action Mulan, I imagine there will be plenty of scrutiny on Raya and the Last Dragon.

Tran becomes the first Southeast Asian actress to lead a Disney film. Raya is both a warrior and, as traditional, a princess. In an EW piece last year, Tran said;

She is someone who is technically a princess but I think that what’s really cool about this project, about this character, specifically is that everyone’s trying to flip the narrative on what it means to be a princess.”

Raya is totally a warrior. When she was a kid, she was excited to get her sword. And she grows up to be a really badass, gritty warrior and can really take care of herself.”

As the trailer makes clear, this isn’t a fantasy version of Southeast Asia (as Brave, perhaps, depicted a fantasy Scotland) but a whole new world.

Long ago, in the fantasy world of Kumandra, humans and dragons lived together in harmony. But when an evil force threatened the land, the dragons sacrificed themselves to save humanity. Now, 500 years later, that same evil has returned and it’s up to a lone warrior, Raya, to track down the legendary last dragon to restore the fractured land and its divided people. However, along her journey, she’ll learn that it’ll take more than a dragon to save the world—it’s going to take trust and teamwork as well.

Disney will be pleased to get something out. The lockdown and virus have hit the media giant hard with Black Widow, and The Eternals delayed and Disney+ getting first access of Artemis Fowl, Mulan and Soul.

All being well with the schedule, Raya and the Last Dragon will open in British cinemas on the 12th of March, 2021. 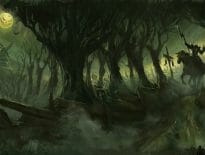 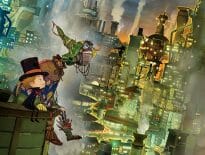