Evil Hat Productions has launched a Kickstarter for the Powered by the Apocalypse RPG Thirsty Sword Lesbians. Within hours, the campaign funded and sent that target of $19,999 tumbling.

Written by April Kit Walsh, the game celebrates queer love and power because sometimes a sword fight can end in a kiss. You can follow the campaign’s success at the Kickstarter page.

The game is packed with flirting, swords-fighting, witty banter and drama while being wrapped in a system that supports an interesting narrative and safe play.

In Thirsty Sword Lesbians, you might sometimes need to use your sword-fighting skills to save the day, but sometimes it might be a kiss, and you’re trying to make the world a better place.

At $15, you’re a flirt, which means you get immediate access to the prototype, the final PDF will all the updates and artwork and a print-on-demand and at-cost coupon. That last perk is often extra, but that’s not the case here. You also get all the digital stretch goals.

You’re a cyber flirt at $29, which gets you the same perks as above plus the Roll20 campaign module.

$30 is what it takes to get the hardcopy, as well as the PDF, but there’s a catch. Evil Hat does not ship Kickstarters out of the States. 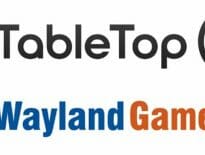 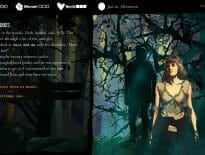