You are here: Home / TV / First photo from the new Primeval

Normally we’re used to the Americans making a great show, exporting it to the UK, getting us hooked – only for the US audience to fall away and the network cancel it. You know; The Sarah Connor Chronicles and the slow to start but great towards the end Dollhouse spring to mind.

What happened with Primeval is that ITV ran the program (created by Impossible Pictures; the same people who did Walking with Dinosaurs) in an attempt to compete with Doctor Who. The show began to wane and it was cancelled – despite fans still being very loyal.

This time it looked like it was the British yanking a popular show. The good news is that back in 2009, ITV, Watch, Possible Pictures, BBC Worldwide and the German company Pro7 had steamed up to produce two new series of the show. They should air in 2011. 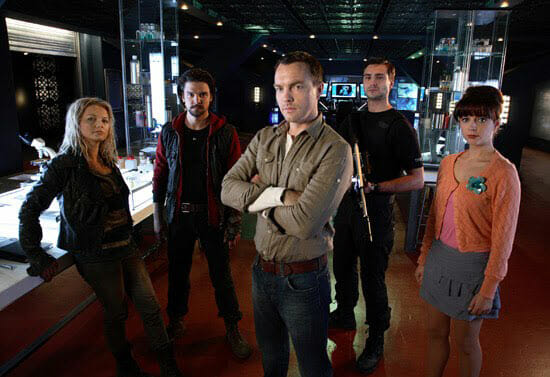 First photo from the new Primeval