Geek Native’s patrons voted for Tomas Herbertson in July’s RPG Publisher Spotlight. That means, the illumination of the Spotlight lands on this innovative indie publisher.

Once again, the complexities of juggling calendars, work and interviews during COVID-19 struck but I’m pleased to say that Tomas has been hugely helpful and answered a whole bunch of questions for us.

Herbertson is one of the growing numbers of publishers active on Itch.io. You can find his RPG bookshelf here. After the Racial Justice and Equality bundle raised so much money and gave away so many interesting games, I’m sure many gamers and publishers have their eyes on the platform now.

How did you get into RPG design?

My first exploratory forays into the genre came as a child, when I invented “the talking game” with my friends. I would fill notebooks with maps and magical artifacts, then use them to freeform GM stories.

In terms of more formal and structured play, I missed the boat on that all through high school and college, though it would have been right up my alley. I was inspired to start a gaming group with friends more recently, about four years back, by the actual play podcast Friends at the Table.

Since then I’ve been buying and playing as many small indie ttrpgs as I can get my hands on and wrangle a friend circle to play, and since I’m often in the GM chair, it’s a pretty natural fit for me to slide from hacking existing systems into writing my own.

Can you tell us about “Celestial Bodies, Orbital Mechanics”?

Celestial Bodies, Orbital Mechanics is near and dear to my heart–it’s my largest project to date, and I’m really proud of how it turned out. It’s a GMless 3-player game about a diaspora across the solar system. I kickstarted it for Zinequest back in February. All the project management and backer fulfillment sides of things were tremendous learning experiences, and I’m happy with the product I delivered folks.

The game tells a very specific overarching plot, hitting pre-designed narrative beats, so the actual process of play is less about “trying to figure out where we’re going next,” rather choosing to emphasize how the player’s characters contextualize their own roles and contributions to the larger, more sweeping historical/cultural movement. It’s a game about the violence that has been enacted upon us and the violence we choose to perpetuate: how both of those impact us as individuals and as a community. Also: wow, cool mechs and spaceships.

What about “Alone in My Ancient Tower”?

This one is my contribution to the Alone & Together series of journaling games, that a bunch of folks have made their own takes on, but all inspired by several games from Takuma Okada. They’re games that (usually) use a single six-sided die and a deck of cards to provide prompts for worldbuilding elements to explore.

My take on it was for the solo player to be an ancient sorcerer/sorceress/sorcerex, wandering the artifact-filled hallways of their tower and reminiscing upon their long and storied history. I find it to be an endearing little capsule of nostalgia and melancholy.

No surprise here, and “Recollection Gloaming” too?

Recollection Gloaming was my contribution to 2019’s #SadMechJam, when (to my experience of it) the indie itch/lyric game scene really started blowing up. It was my attempt to capture the experience of a faceless frontline mech pilot who never had a chance–a chance to imbue some grunt who got one-shotted by the hero with as much humanity, tender fragility, and respect as I could.

So really, it continues the trend of heavier, more melancholy games*. This one is about being a mech pilot who has been shot down, and how they spend their final hours trapped, suffocating in their cockpit. It’s a real short poem of a game about loss, injury, and death.

*I promise that’s not the only type of game I’m interested in! But so far, in my year and a half or so of actively writing games, the ideas that grapple with heavier themes have been the ones that draw out the work of which I’m proudest.

Do you have any projects in the pipeline?

Oh, I have half a dozen half-drafted projects in various degrees of standby at any given time, but the main project I’m trying to devote myself to coming up next is Arcane Academia.

It’s a game to tap into the nostalgia folks feel for, ah, magical school settings, but giving players the tools and the means to make the world their own: to really be able to see themselves and their own interests reflected in it. The goal is to take lessons I learned from CBOM, and to rope in some concepts and elements from Vincent and Meguey Baker’s Firebrands, as well as Avery Alder’s Belonging Outside Belonging framework.

The rise of GMless games

Anecdotally, we seem to be enjoying a surge in GMless systems. Is that something you’ve noticed? If so; why do you think it is?

It’s something I’ve benefited from! I think that it reflects indie authors considering new ways to distribute agency and responsibility around the table. A fact that often gets lost in how we consider play is that GMs are just as much players at the table as everyone else–they are just one of several friends who have gathered to play together.

So much of the traditional GM/PC model focuses on deeply ingrained habits and power dynamics. It feels liberating, to me, to be able to break away from that assumption that we’ll heap almost all the creative labor on one player, while limiting the expression of every other player to their one stand-in avatar. There’s a long lineage of games interrogating that power dynamic, but I’m so pleased to be a part of a new surge of GMless games.

If I’m playing a GMed game, it’s usually me who GMs, and it’s a role I enjoy–I’m not trying to rain on the parade of folks who find their joy and fun in that paradigm. There is merit to specializing which roles different players take on. However… I’ve grown up hearing so many horror stories about people who had awful experiences with GMs overriding their boundaries (thoughtlessly, callously, cruelly), and hearing GMs griping and groaning that “why won’t the PCs just stick to the story I planned?” These experiences may not be universal, and some folks seek out adversarial play between GM and PC because it’s where they find their fun–but if we build a culture of exclusively that sort of play, it’s a very hostile and off-putting environment for so many players!

I think there is the possibility-space for a very fruitful back and forth between GMed games and GMless games. Playing GMless games helps teach players methods of shared collaboration and roleplaying flexibility that can be applied to good use in a GMed game. Few GMless games are structured for longform campaign play*, but they often make stellar collaborative worldbuilding games–perfect for getting everyone on board and able to make their mark on the setting you build together before you launch a GMed campaign!

*though I must recommend Yarnspinner by Abe Mendes as an excellent framework for stringing together such standalone one-shots.

There are a few options available for people who want to sell their games. Why did you pick Itch.io?

In short, because a) my friends were there, and b) it offers better rates and more control to the authors than some competing sites.

What defines a good game for you?

A game suited to the expectations and playstyles of the group of people who have gathered to play it, from which they can derive fun, play, and pleasure. I’m a big proponent of folks figuring out what sort of game they’d like to play together before starting: expressing their expectations, desires and reservations, and finding a ruleset that caters to the whole group.

Is there anyone in the tabletop games community you’d like to work with?

I haven’t done much collaborative work (yet!). I am enraptured by the idea of two folks taking on different elements of a projects and providing each other fresh inspiration to drag each other across the finish line, rather than having to drag myself back to the same project when the writing process is grueling and has turned to ash in my mouth.

There is a whole circle of friends and community in the itch scene I would love to try working with, but the real question for me is what sort of project would catch the spark and fan the flame of interest in myself and my hypothetical co-collaborators.

How do you think the industry is doing as a whole? Is it a boom time with a fresh wave of new players, or are we unearthing legacy issues around racism that feel problematic?

I welcome new folks coming to the genre and discovering their own ways to play and design games–I think we’ve seen a blossoming of diverse perspectives and been enriched for it.

But… the series of overlapping communities that are the various burgeoning indie scenes definitely have their own growing pains to mature through. Communities are inherently fractious, and there are all sorts of internal personal dynamics and external pressures that mean we live in a time of tumultuous flux, as well.

The issues around racism, sexism, poor depictions of gender nonconformity, etc are nothing new: if new light is being cast on them, it is because the people who are impacted by these issues finally have the platform and network to make themselves heard. And it is incipient upon the rest of us to listen to and promote them! For so long, what we recognized as the gaming community has been monolithically, hegemonically straight white cis men, in ways that have erased and precluded the inclusion and promotion of a much more vibrant and robust set of perspectives.

So: the turbulence and turmoil our communities go through on a rolling, continual basis is in many ways (though not exclusively) a reckoning with the genre’s failings for so long, and–as far as I’m concerned–healthy to air out. These discourses are often draining and painful, especially to the people putting themselves out there to raise the issues in the first place. My fervent hope is that we are together building toward a healthier, more robust, and broadly representative ecosystem of design and play. That is not to say there is a precise end-goal road map in place towards abolishing systematic, structural inequalities within the space, but is such not a laudable direction in which to focus one’s efforts? 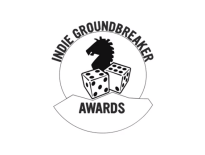 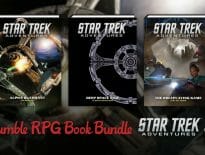