You are here: Home / Games / Tabletop & RPGs / Bad Sex: The Roleplaying Game is real and out this month

Juhana Pettersson is an author and game designer, the latest book (unless you count this one) is Kuparihärkä deals with climate change and social class. They’re both serious subjects.

Pettersson has also published Bad Sex: The Roleplaying Game. It’s on DrivethruRPG now, Itch.io and will be coming to some Finnish game stores this week.

I’ve read Bad Sex: The Roleplaying Game twice now. The first time; I was looking for the joke. The second time I was trying to take it seriously.

Bad Sex, as an RPG, is apparently all about (I think) trying to create maximum embarrassment for everyone in the room by finding the best way to inject cringe into an adult scene.

There will be three people in the room. Two players and a facilitator, so you’ll have an audience.

Er, I guess you could have more players if you wanted.

Some serious elements in Bad Sex should be stressed. The game is about consensual sex. There are safety cards and other techniques in play. The facilitator is there to keep things appropriately inappropriate.

In fairness to Bad Sex, early on, it asks you to tackle two questions;

I think the latter question is just as important. You don’t want to ruin friendships over an RPG.

The gameplay is agreeing on the premises of a scene and then describing how it pans out, pose after pose, with the facilitator interjecting with questions (Do you enjoy missionary sex?) and then sabotaging it with cringeworthy fumbles, events and performance issues.

Bad Sex is sometimes funny, other times serious. There was a lot of laughter in playtesting but the game also allowed the players to deal with experiences of bad sex in their own lives.”

In the 70+ pages of the book, we’re told that the playtesting did provoke conversations about kinks but that the game should not be used to process trauma. It’s the sexual equivalent of a Coen brothers movie.

Pettersson, who was one of the lead writers on Vampire: the Masquerade 5th Edition, has advice on what makes good Bad Sex.

The game works best if the characters and events are familiar to the players. This is cringe comedy and relatability helps a great deal. Because of this, playing the game requires bravery and you don’t want to do it with people you’re not comfortable with,”

I admit. I don’t quite see the attraction.

However, what I like about Bad Sex is that it comes out at a time while the roleplaying community is talking about being responsible, safe and wise. Bad Sex tries to be all those things (potential damage to friendships aside) while clearly being entirely adult in nature. It’s proof that you don’t need to be a jerk to have a tabletop RPG about whatever you want.

If you’re not quite ready to race to DTRPG and download Bad Sex right now, then you can read more about it over at NordicRPG.fi.

Bad Sex: The Roleplaying Game is real and out this month 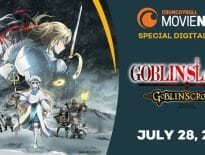 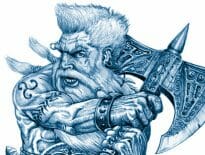