Asmodee is a company who owns many games publishers, and today they’ve announced one more acquisition. Joining the growing family this time is the French publisher Libellud.

Libellud, which is one of the most awarded publishers in the world, had used Asmodee for distribution and international support for years. Asmodee is present in 18 countries and ships to more than 50.

For 12 years, we have been developing innovative games to inspire people’s imaginations to share and dream, ultimately leading to the creation of unique universes. The Asmodee Group is a partner with whom we have been working since the beginning of our adventure and which shares our values. We are very proud that Libellud joins the great Asmodee family, with many exciting new projects ahead of us,”

Bonnessée will be leaving Libellud as the result of the deal with Mathieu Aubert taking over.

You can get a free to download version of Dixit from Asmodee’s Print and Play portal launched to support board gamers during the lockdown. 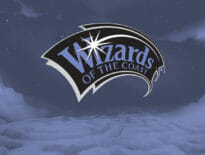 Geek Stuff WotC pony up for a Diversity Equity & Inclusi… 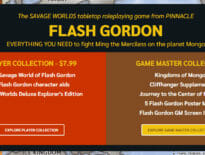 Tabletop & RPGs Savage World’s Flash Gordon on the Bundle of…
💰 Copper Coins 💰 Geek Native is an affiliate and may earn commission on purchases you make from third-party sites.
🍪 Privacy & Cookies 🍪 The site uses cookies to survive. By accessing the site, you agree to use your browser to control cookie use or take 1d4-3 privacy damage (tracking). If you defeat cookies via ad blocking, please consider the Patreon. An intro to cookies, and how to control them, can be found here. I Manage Cookies