You are here: Home / Games / Console / Destiny Lore – A Retrospective and Prospective Look

We’re now in the sixth year of Bungie’s Destiny franchise and the pyramid ships belonging to agents of the Darkness, those responsible for humanity’s collapse, have returned (an event foreshadowed by a cinematic scene at the very end of Destiny 2’s original campaign).

This, in itself, comes hot on the heels of the game’s first ‘live’ event, where players got to witness the excruciatingly slow, yet somehow still satisfying, destruction of the Almighty.

These events signify something beyond their individual story thread components, and that’s the way Bungie is delivering them. I’ve written before how, in the original Destiny, Bungie had crafted an amazing wealth of lore, much of which never actually appeared in-game, save for vague references here and there. While there were ways to discover more, these were largely oblique and did little to enhance the overall narrative for the majority of players. People and places that, story-wise, should be spoken with reverence, or whispered in trepidation, remained hollow and vacant.

Destiny 2 went a long way to address this, and while Bungie certainly hasn’t got everything right (this past year alone has seen a lot of short-term FOMO-inducing events), in a broader sense they’ve kept the momentum going in terms of storytelling and brought a lot of that absent lore to life. Osiris, Saint 14, Rasputin, and others, once little more than names, mere placeholders offering a glimpse of what could be, have already been given greater depth and context, with the promise of more yet to come.

Bungie recently held an online event where they teased not only the next big update, Beyond Light (September 2020), but also significant updates coming in 2021 (The Witch Queen) and 2022 (Lightfall). Along with the revelation that Destiny 3 was not on the cards but that they are going to continue to evolve Destiny 2, even cycling older Destiny 1 content back in, this was a welcome commitment to the longevity of the game and a sign that they are taking both its MMO and RPG aspects seriously.

Beyond Light is especially enticing as there will be a new destination, the frozen moon of Europa, long anticipated as a location when it featured in some early concept art from the original game. Here we will be given the opportunity to deep dive into further lore only previously mentioned as Europa is home to the Deep Stone Crypt, birthplace of the Exo’s, one of the three principal player character races.

What’s more, players will be given the opportunity to embrace the dark as well as the light with new ability classes. This opens up a wealth of possibilities. We’ve already had a faction within the Guardians who have sought to embrace the power of the Darkness, the Shadows of Yor (so named for their worship of Dredgen Yor, a Guardian who fell from grace and manufactured the notorious Thorn, a Weapon of Sorrow, that would drain the light from any Guardian shot by it). In fact, Dredgen has transcended from being a name to becoming a title, used by Guardians who are not strict adherents to the light (much in the same way that the Sith, who embrace the Dark Side of the Force in Star Wars, bear the title of Darth).

Of all the things worth anticipating, one of the most engaging is the return of the Exo Stranger. This was a mysterious figure who first appeared way back at the beginning of Destiny, seen watching our departure from the Cosmodrome in the jumpship we find. Our first opportunity to interact with her is shortly after we arrive on Venus and engage with the Vex. It’s here we learn that she’s not a Guardian, not even a light-bearer, but something else. At the end of the original Destiny, she presents us with a weapon, a pulse rife that, according to in-game lore, ‘analysis suggests this weapon has been exposed to incredible forces…and that parts of it shouldn’t yet exist’.

Despite the fact that the Exo Stranger had one of the most cringeworthy lines in the entire game with “I don’t even have time to explain why I don’t have time to explain”, she remains a fascinating character. We were already led to believe that she’s a time traveller, but in Destiny 2, we uncover information that [SPOILER ALERT] identifies her as the person that used to be Elsie Bray, sister of Anastasia Bray, the Guardian who is also the vender on Mars and advocate of the Warmind AI, Rasputin. Destiny 2’s Director, Luke Smith, once famously said that he felt the Exo Stranger’s story arc had been suitably wrapped up, suggesting there were no plans to revisit her character, something which caused a lot of backlash in the community. Now, whether this is how Bungie truly felt at the time, or whether it was a deliberate bit of misdirection on Smith’s part, the fact that she is coming back is great news.

So, with the return of the pyramid ships, the ancient enemies of the Traveller, and even the return of one of the oldest NPC’s with the Exo Stranger, does this herald the fact that the game is now entering a phase of winding-up all the story elements and drawing toward a seemingly inevitable end? Not even close. There is still plenty of story and lore to draw upon, as evidenced by the fact that even after all this time, we still don’t know any more about the origins of the Traveller, the enigmatic entity that gave humanity its golden age and which created the ghosts that resurrected the dead to become Guardians in the first place.

However long the franchise lasts, as a loremaster, I’m committed to the long haul and will see it out, right to the very end. If you’ve never played Destiny, perhaps now is the time to jump in and give it a go with the free ‘New Light’ campaign. On the other hand, perhaps you’re a lapsed player who’s fallen by the wayside and who fears they’ve missed too much to enable an effective return. If this is the case, don’t worry, there’s still plenty of accessible content and it won’t be long before you’ve caught up. Lastly if, like me, you’re a long-term player who finds that Destiny is that itch you can’t help but keep coming back to scratch, you’re not alone. Together we’ll move forward and keep uncovering all those secrets.

Destiny 2 is available on Xbox, PlayStation, Steam and Stadia platforms. 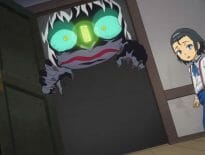 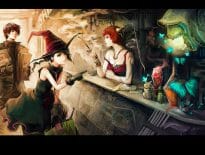