Gamers use tarot cards to provide random prompts or occasionally as replacements to dice in tabletop roleplaying. Is the thief’s attempt to pick the pocket of the nobleman successful? Not if you draw The Tower and the GM interprets it to mean revelation and potentially destructive change. The thief is revealed and caught by the noble!

The Adventurer’s Tarot is inspired by D&D 5e and illustrated by Brenda Ho. Each card is 70mm by 120mm, gold foil embossed, covered in anti-scratch lamination and on 350 gsm card. Gamers like what they see.

A basic pledge is $20. That’ll get you the tarot deck, all the stretch goals, a print and play PDF of the designs and instructions. As you would expect, that’s where most of the backers have gone.

However, around 1000 gamers have dug deeper, found more money and pledged for more versions of the deck. These might be groups who want every player to have their own personal deck or shops looking to resell the gorgeous cards.

Backers won’t have that long to wait as Weird Works estimate delivery in June of this year. 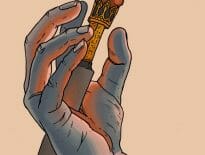 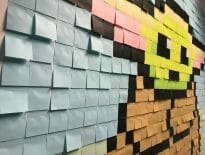