The guide was made available via DriveThruRPG this week and has received a warm welcome with an average of 4/5 stars after 20 reviews.

The two authors argue that mature and controversial situations can and perhaps should be part of tabletop games. If that’s the case, how do you know which topics are absolutely off-limits? How do you include potentially difficult scenes without ruining someone’s gaming night?

As the guide points out, fending off bloodthirsty pirates is something many tabletop roleplayers are used to doing but what about intense emotional experiences?

This shared experience is intended to be fun for all involved, but RPGs can put characters in life-or-death crises, intense emotional situations, or traumatic environments. Whether it’s body horror in a scary game, violence against children or animals in a fantasy world, flirty, romantic, or sexual relationships in any setting—or numerous other challenging scenarios—the line between fun and awkward, difficult, or downright unpleasant can be difficult to identify, and varies dramatically from player to player.

On DriveThruRPG some “purchasers” are less than supportive. CA M asks;

Was this really needed? I mean seriously? The irony is if I saw this I’d immediately become suspicious and ask what’s happened in the particular group to have this questionnaire to now be a thing. I might even decide to bail straight away. Is this meant for Con gaming? Time’s generally tight as it is there, so, again, I’m not sure how welcome this would be. I just really don’t get it. But if it works for someone, good on them, I guess.

As it happens, the two comments later customer who hadn’t heard of the X-card thanks the authors for the guide. The X-card is a paper card with a cross on it on the table. All a player has to do is touch it, and the group will immediately change the current subject of play. If a scene is making you uncomfortable, then you don’t need to speak up, you just need to touch the card.

The guide is 13-pages long and cost Monte Cook Games time; therefore, money, to produce. However, some supporters have indicated their approval and ongoing support for the publisher. Norm W said;

I’ve decided to back the current MCG kickstarter on the back of this publication. I have supported them in the past but I want to continue to support a company that wants to support and grow a great TTRPG community.

This week Monte Cook Games and Nerdist published a free setting for Amazon’s new hit series Carnival Row. The on-demand steampunk fantasy has mature scenes of its own.

Bad idea. RPGs are always in danger of censorship or bans. Including stuff you need for adult films and bondage play with RPGs for children? Guilt by association handed to them on a silver platter. 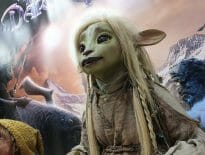 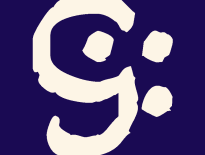