A website set up to attack game designers and members of the roleplaying community has closed, deleting itself, after the author was discovered and named on social media.

This article will not link to the remains of the site (but it’s easy to find) nor name the author (who is named in social media). Images have been blurred.

The blog was founded in 2017 but had been firing out aggressive posts in recent weeks. The author claims he started the blog because 99.9% of all RPGs and their accessories suck. The only reason people say anything nice about all these games and communties is because (in his phrase) people are retards who are friends with authors and moderators.

So that’s why I started this blog: tired of stupid shit getting undeserved praise and people not even daring to say something slightly negative about the stuff they still like despite the bad parts.

Good new is for the retards that like retarded shit is I say bad words so you can always go complain to your online friends (because you don’t have REAL friends) about how I said bad words and therefore ignore all the points I make.

The site was used to attack Dungeons & Dragons, Dungeon World, DriveThruRPG, Strongholds & Followers, game designers, women, anyone who isn’t white, anyone who wasn’t straight, Lamentations of the Flame Princess and most especially a group of people he called Social Justice Warriors.

I’m not familiar with the author’s own RPG products but wonder how amazing they would have to have been for him to consider his material so much better than the popular RPGs he criticised.

YourRPGisShit made a OSR logo that used a Swastika as the O although it is not clear whether the blogger was suggesting members of the OSR community are nazis or whether he was trying to improve it in his eyes.

Some have called the identification of the author, and the RPG publishing company he runs, doxing. That’s a valid concern, due consideration, always favour of privacy should be made before unmasking anyone online. Even a racist. You may be wrong.

In this case, the author outed himself by sharing a hurtful screengrab and comment which his company’s social media icon was visible in.

Would you continue to buy books from a publisher you liked if you knew the author had been running a blog set up to attack people?

How to play a tabletop RPG by yourself

No idea why you’d blur his name out. Folks should know his name.

The blogger of YourRPGisSHit is not behind that blur.

His name is David Guyll of Awful Good Games you fucking cowards.

Not wanting to participate in dox culture is not cowardice. And like they said, it’s trivial to find out who it is.

Thanks for not naming the guy, totally agree

It’s not confirmed that he is the blogger, only that a screen shot of his was posted there. I have plenty of screen shots posted around, anyone can cut and paste. The internet lynch mobs rides out in full force in less than 12 hours.

Flimsy evidence, if you even want to call it that.

The article misses the most damning evidence; that the YRPGIS Goodreads account and Awful Good Games’ twitter account are registered to the same Oregon town with a population of less than 38,000. The fact that the blog is now shut down only enforces the connection, as the blog author would have no reason to delete the site unless it had become a liability. The author doesn’t seem like the sort of person to remove the blog for the sake of some innocent dude. Connecting the dots between the blog and David Guyll’s public information is not doxing. Pointing out someone’s… Read more »

I wonder why this guy felt like he needed anonymity anyway. Plenty of people publicly talk about their issues with the hobby or specific products without any issues at all, and by doing so as themselves (rpgpundit, for example) that actually allows people to have a discussion about their opinions/accusations. Then again, I never saw or heard of this blog until this article so who knows, maybe it was really really nasty? Or maybe the guy just didn’t want to actually have a discussion or have people question his own perspective on things.

Hey, I know this twatwaffle! I went to high school with him, room-mated with him, and played multiple D&D games with him. His ultimate degradation into that kind of person doesn’t surprise me at all.

YourRPGisShit attack site closes after the author accidentally outs himself 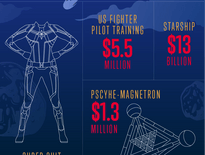 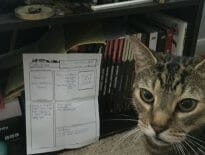